At least 38 people were killed in four explosions across the London transport system this morning.

Seven people died in the first blast in a tunnel 100 yards from Liverpool Street Station, 21 died in a blast at King's Cross/Russell Square and five died at Edgware Road station in an explosion involving three trains.

At least two people died in a bus blast in Upper Woburn Square.

Over 700 people were injured, and at least 45 of those were said to be in a serious or critical condition.

The Organisation of al-Qaeda Jihad in Europe, a group previously unknown, has claimed responsibility for the attacks in a statement posted on the Internet.

It said the explosions were a response to Britain's involvement in Iraq and Afghanistan.

The claim could not be verified and did not appear on any of the websites normally used by al-Qaeda. Sources in Italy and Arab sources monitored by the BBC say there are strong indications of al-Qaeda involvement.

Police in London are warning of possible further attacks.

The Dept of Foreign Affairs helpline for people calling from the Republic is 1800 242 548.

London's entire underground network has been shut down.

Dublin Airport has said fights to and from London airports are operating as normal. However, if passengers have any concerns regarding their particular flight they should contact their individual airline.

Today's explosions come 15 months after terrorists linked to al-Qaeda claimed responsibility for bomb attacks on trains in Madrid which claimed almost 200 lives and injured around 1,500.

Spanish police later arrested over 20 suspects and a number of trials are still pending.

It is less than four years since terrorist attacks committed by al-Qaeda in New York and Washington claimed almost 3,000 lives on 11 September 2001. 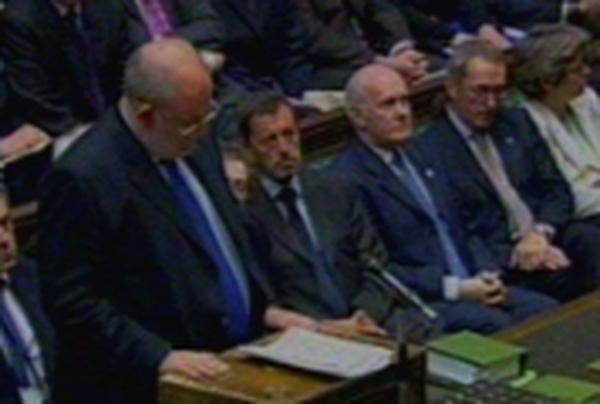