The Sinn Féin President, Gerry Adams, has said he does not expect the IRA to respond to his call to give up their armed struggle, before the British Elections on 5 May.

Speaking on RTÉ Radio’s This Week programme, Mr Adams said it was a matter of getting the IRA to take itself out of the equation.

He said that while the timing of the statement was unfortunate, he rejected assertions that his statement was an election stunt and he said that this initiative was bigger than the election.

Mr Adams said that the way forward, as he saw it, was through democratic, peaceful and political negotiations.

He said he was calling on the IRA to cease all activities and complete disarmament in a verifiable manner in accordance with the Good Friday Agreement.

Mr Adams was speaking for the first time since he called on the IRA to take courageous initiatives to achieve their aims by purely political and democratic activity.

Gerry Adams has branded the Minister for Justice, Michael McDowell, a 'racist'.

The comments are the latest in a series of clashes between the Sinn Féin leader and the Progressive Democrats.

Mr Adams was speaking in Belfast ahead of a visit to the city by Minister McDowell tomorrow.

The Sinn Féin President said Mr McDowell was 'a racist minister for accusations' and said his visit to an SDLP meeting in south Belfast tomorrow would act as an incentive to republicans to come out and vote Sinn Féin in the forthcoming elections.

Mr Adams said the Minister had deported mothers to Nigeria while their children were still here and he had deported a plane-load of people to Africa.

When asked if this made the Minister a racist, Mr Adams replied 'absolutely' and said 'there was no other description for it'.

Yesterday Mr Adams accused the Minister for Foreign Affairs of overstepping his responsibilities and interfering in the North's election campaign by visiting the SDLP MP Eddie McGrady in his constituency earlier this week. 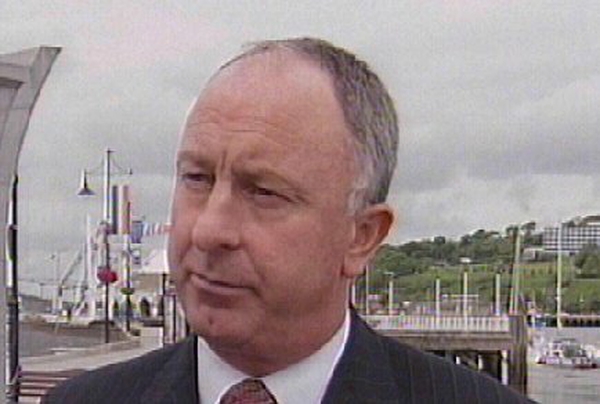