Bob Geldof has described Ireland's failure to stick to its millennium target as ‘a disgrace’.

Speaking at the launch in London of the Commission for Africa, of which he is a member, Mr Geldof said Ireland's excuse for failing to live up to the target of giving 0.7% of GNP in aid by 2007 was ‘a nonsense’.

Mr Geldof said that Ireland's excuse that Africa did not 'have the absorbative capacity for increased aid' had been 'completely and forensically demolished' by the Africa Commission report published today.

He recommended the report to the Irish Government and urged Taoiseach Bertie Ahern to re-implement the aid target.

UN Under-Secretary General Dr Anna Tibaijuka, who is also a member of the Commission for Africa, described Ireland's reason for reducing the target as ‘a flagwaving excuse for doing nothing’.

The British Prime Minister, Tony Blair, said the aspirations of the commission's report would not be achieved unless there were ‘substantial increases in aid’ from wealthy countries.

Mr Blair added that if rich countries believed that there was a 'mutual responsibility' between Africa and the developed world, it would be a lot easier to get support for financing.

In September 2000 at the United Nations Millennium Summit in New York, Mr Ahern committed Ireland to the aid target of 0.7% of gross national product by the end of 2007.

The commitment had helped Ireland garner votes in its successful bid for membership of the UN Security Council a month later.

The Minister for Finance, Brian Cowen, rejected Mr Geldof's assertion that Ireland's decision not to meet its commitments on overseas aid was a disgrace and a nonsense.

The minister said Ireland came eighth in the world in terms of per capita aid contributions of the 190 OECD countries.

He said only five countries have reached the target of 0.7% of GNP - a target which has been around since the 1970's. 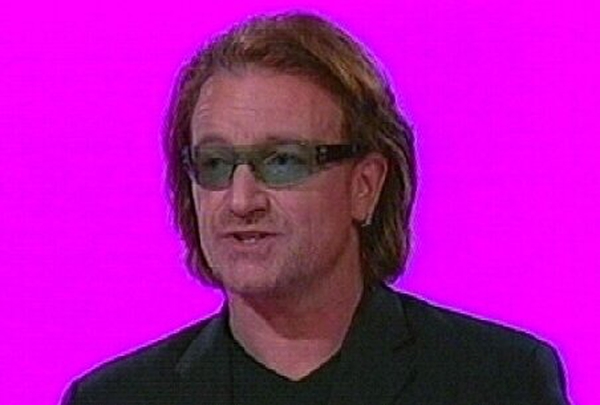