The Travers Report has said the main responsibility for the illegal charges on nursing home residents lay with the Department of Health, where it said there was a long-term systematic failure to deal with the issue.

The report, which was published this afternoon, also points to political failures and says there were shortcomings at political level in 'not probing and questioning' more strongly and assiduously the practice of charging people for long-stay care since 1976.

The Travers Report also warns that civil servants should not assume that by giving information and advice to ministerial advisers, it will go to the Minister for Health.

The report finds that when Tánaiste and Health Minister Mary Harney received a briefing document from the Secretary General of the Department of Health, Michael Kelly, on taking up her post last year, there was no mention that Mr Kelly had been expected to seek legal advice from the Attorney General on the matter earlier that year.

This issue was also omitted from a briefing memo prepared for the Tánaiste for Cabinet in December.

A crucial Department of Health file on the nursing home charges issue has gone missing, the report reveals. The 2004 file contains a draft letter to the Attorney General seeking advice on the legality of charges and a position paper on the issue.

The report concludes that Minister Martin was not fully briefed on the issue and that nothing of substance was said to him.

It also reveals a conflict of views at the Department of Health between two officials, one of whom claims to have seen the missing file outside the minister's office in early 2004, and that he had a discussion with another official about it. The second official recalls no such discussion.

The report also details a meeting in December 2003 at the Gresham Hotel of Department of Health officials, health board CEOs, ministers and advisers, at which it was decided that conclusive legal advice should be sought on the legality of charges.

Mr Martin says he was late for that discussion. Mr Kelly claims that he briefed the minister quickly when he arrived at the entrance to the hotel on the issue and the mood of the meeting. The report notes that the minister's advisers were present for the full meeting.

Two Ministers of State at the Department of Health, Ivor Callely and Tim O'Malley, were also there. Mr Callely told the inquiry that while he had intended to inform the Taoiseach and Minister Martin of the matter, because the minister turned up and his advisers were there for the entire meeting, he did not feel it necessary to do so.

Mr O'Malley said he believed the issue would be followed up as agreed, after the meeting.

The report reveals that the department prepared a memo for Government in 2002 to allow for nursing home charges to be prospectively levied on medical card patients.

However, the document never went to Cabinet, the Health Minister, or the senior management group in the department.
The memo was 'parked', Mr Travers concludes, but if it had been acted on, it would have rectified the situation at that time.

Minister Micheál Martin has said the report proves that the problem over nursing home charges did not happen on his watch, but had been an issue for nearly 30 years.

He agreed that it was ‘extraordinary’ that the matter had not been dealt with, but stressed that successive ministers had not been adequately briefed on it.

In an interview with RTÉ News, Mr Martin said Opposition attacks on him had no credibility, because they had called for his resignation before the report was published, and now they were picking bits out of the report to try to discredit him.

He said he had spoken to the Taoiseach and the Tánaiste, and was confident he had their support.

Health Dept chief to be replaced

This afternoon the Government announced that Mr Kelly is to be replaced as the Secretary General of the Department of Health and Children from next month.

The Government said the move was part of what it called a very significant organisational restructuring at the department.

Mr Kelly will take up a position as Chairman Designate of the Higher Education Authority.

Ms Harney has said the issues raised for her department arising from the Travers Report are grave.

In a statement, she said she has asked her management team to work on implementing the report's recommendations.

Earlier, Ms Harney told the Oireachtas Committee on Health there was a conflict of evidence in the report between the evidence of Mr Kelly and Minister Martin. Ms Harney said she was not going to adjudicate on this conflict. 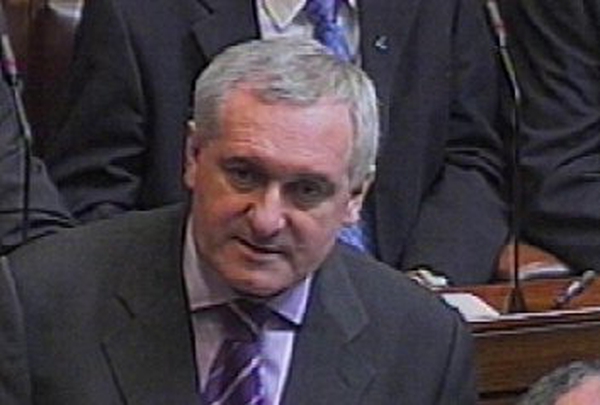