One of the largest relief operations ever mounted is underway to help survivors of the tidal waves that followed Sunday's devastating underwater earthquake in southern Asia.

Some 59,000 people are now said to be have died and the number is rising as thousands more are still missing.

At least ten countries across the Bay of Bengal have been affected, most notably Sri Lanka, Indonesia, India and Thailand.

The Maldives, Malaysia and Myanmar were also affected. Somalia, and the Seychelles, over 3,000km from the epicentre of the quake, were also struck with 122 people left dead.

The force of the quake, which measured 9.0 on the Richter Scale, created the devastating wall of tsunamis that were up to 10 metres high in places.

Millions of people have been left homeless and the disaster zone is now threatened with the outbreak of disease. In many areas water and food supplies are running low.

The United Nations said hundreds of relief planes packed with emergency goods would arrive in the region from about two dozen countries within the next 48 hours.

The UN has warned that as many people may die from disease as were killed in the disaster.

Indonesia
The epicentre of the earthquake was off the Indonesian Island of Sumatra and struck at 1.00am (Irish time) on Sunday. The tsunamis that followed hit the provinces of Aceh and north Sumatra. Much of the area remains flooded and some remote areas have not yet been contacted. The latest death toll for the region has reached 27,174. The figure could still climb, as many parts of Sumatra have not yet been reached by rescue crews.

Sri Lanka
A wide swath of Sri Lanka’s eastern coastline has been devastated with bodies still washing up on the beaches following a series of waves over three metres high. So far more than 18,706 bodies have been recovered and the government has warned the death toll could reach 20,000. One million Sri Lankans have been left homeless. Authorities have declared Friday a national day of mourning.

India
A rescue operation is underway on India’s remote Andaman and Nicobar Islands. There has been no contact at all with several of the islands in the chain. Police say at least 5,000 people are confirmed or presumed dead in the group of more than 550 islands. 2,000km of India’s southern coast was also flooded by a series of tidal waves. The death toll across India is estimated at 11,500.

Thailand
The tourist resorts of Phuket and Koh Phi Phi have been affected in southern Thailand with many foreign tourists missing and feared dead. Divers and sunbathers were swept out to sea from beaches near Phuket as the waves hit. More than 800 bodies have been recovered from the resort if Khao Lak and on the Island of Phi Phi, 300 are thought to have died. The death toll in Thailand has reached 1,516 with fears that as many as 2,000 may have been killed. 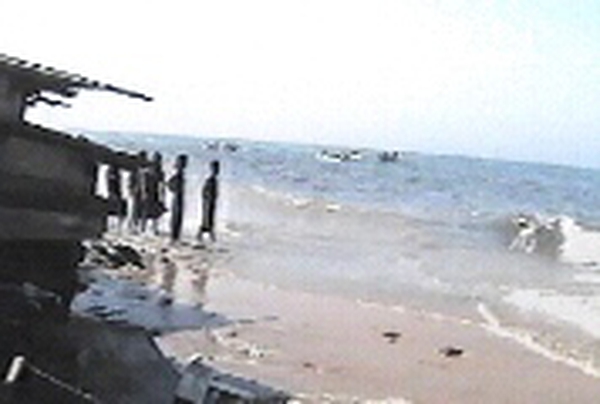