Ukraine's parliament has put off voting on a package of key measures ahead of the new presidential runoff election later this month after negotiations broke down between the opposition and pro-government forces.

The legislation, which would dilute the presidency's powers and amend the electoral law, ran into difficulty after opposition politicians refused to back it.

Meanwhile, the Ukrainian Prime Minister, Viktor Yanukovich, has confirmed that he will stand in a run-off election against the pro-Western candidate, Viktor Yushchenko, on 26 December.

Supporters of Mr Yushchenko celebrated throughout the night while his rival's followers criticised the verdict.

Analysts say Mr Yushchenko appears set to sweep into power in the new ballot following a successful 12-day campaign to overturn the results of the 21 November ballot. 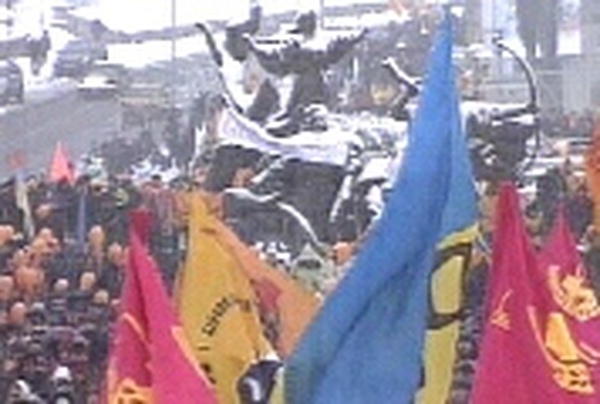 Warnings of civil conflict in Ukraine