The Taoiseach has said that the British and Irish governments are committed to doing everything they possibly can in the coming days to resolve all the outstanding problems in the North's peace process.

Speaking at a meeting of Ógra Fianna Fáil in Co Cavan, Bertie Ahern said he believes there is a very real prospect of the whole island of Ireland having an historic, peaceful Christmas.

Meanwhile, there are fears that dissident republicans are planning a pre-Christmas fire bombing blitz after two incendiary devices were discovered in Belfast.

The devices were discovered in the city's Big W store and the Marks and Spencer store. The items have been taken away for forensic examination.

There was major disruption in the area in the hours following the alert. 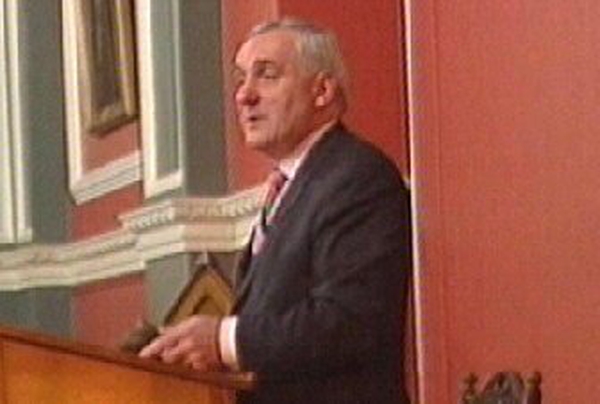