She was taken to hospital, after earlier making an emotional plea for her son's release.

86-year-old, Lil Bigley, who is originally from Dublin but now lives in Liverpool, begged the kidnappers to show mercy and to send him home to her alive.

Earlier, Mr Bigley's brother said he hoped the family's Irish links could in some way lead to his safe release.

Speaking on RTÉ radio, Paul Bigley appealed to the Taoiseach to try to bring the situation to a pleasant conclusion.

In a statement, Bertie Ahern said the situation facing Mr Bigley and his family was deeply disturbing and his thoughts and prayers were with them at this time.

Meanwhile, Senator Michael D Higgins has this evening given an interview to Arab TV station, Al Jazeera, calling for the life of Mr Bigley to be spared.

Earlier, Paul Bigley said the US sabotaged his brother's release by refusing to free a detained woman scientist.

Mr Bigley said there had been 'a shadow of light' when Iraqi ministers said Rihab Taha would go free. But the US, which is holding the scientist, ruled out any release saying it would not give in to the kidnappers.

This morning, the Iraqi government said it would not allow Ms Taha to be released despite saying on Wednesday that it would.

In a statement, the British Foreign Secretary, Jack Straw, said his government would not bow to the demands of hostage-takers.

Mr Straw said that despite the appalling situation facing Mr Bigley's family, the British government could not negotiate with terrorists. He said to do so would result in more innocent deaths.

Mr Bigley's kidnappers, who have already beheaded two Americans abducted with him, are demanding that the British government act to release all female prisoners in Iraq.

Other appeals have been made today on behalf of Kenneth Bigley. His wife, Sombat Bigley, who is from Thailand, made a statement to reporters between heaving sobs in which she begged his captors to show mercy.

Mr Bigley's son made a direct appeal for his release to the militants who abducted the 62-year old-engineer.

Craig Bigley appealed to the militant group, led by Abu Musab al-Zarqawi, after they released a videotape last night.

The videotape showed Mr Bigley pleading with Mr Blair to help save his life. He said the prime minister was the only person who could now help him.

Separately, the Italian authorities have been checking claims that two Italian women who were taken hostage in Iraq earlier this month have been killed.

A group, calling itself the Jihad Organisation, said it had killed the aid workers after Italy did not heed its call to withdraw its forces from Iraq. 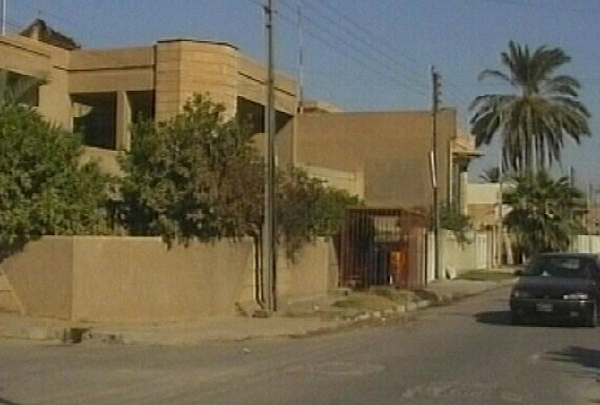 Three men are abducted in Baghdad