The Minister for Finance, Charlie McCreevy, has been appointed as the European Union Commissioner for the Internal Market.

The portfolio includes responsibility for the operation of the EU's internal market and financial services.

The appointment was announced in Brussels by the incoming President of the European Commission Jose Manuel Barroso of Portugal.

The new commission is due to take office on 1 November subject to approval by the European Parliament.

In a statement, Mr McCreevy said he was particularly pleased to have been allocated the Internal Market portfolio which, he said, was a ‘very significant portfolio in the enlarged Europe.’

He said he would work with his new commission colleagues to create the conditions to enable the EU to meet its potential of becoming the most dynamic economic region in the world.

The Taoiseach, Bertie Ahern, said he was delighted that Mr McCreevy was allocated ‘a portfolio of such significance’.

Mr Ahern said, following enlargement, the new Commissioner for the Internal Market would make a significant contribution to create the circumstances to allow businesses to trade freely throughout the bloc.

France's Jacques Barrot was appointed Commissioner for Transport and as one of five vice presidents to serve under Mr Barroso.

With Germany's Guenter Verheugen also named a vice president, Mr Barroso ensured that the two countries that have driven the European project for decades will have a major say in the EU executive. 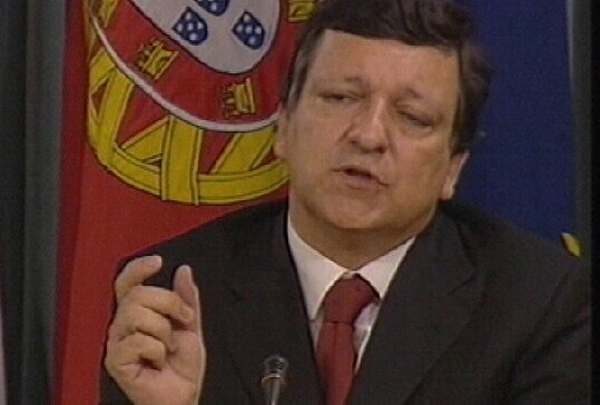