New cracks have been heard in the roof of the airport terminal in Paris which partially collapsed yesterday killing four people. Construction workers have been evacuated from the building as a precaution.

Terminal 2E at Charles de Gaulle Airport has been closed since yesterday's accident.

Meanwhile, the French Prime Minister, Jean-Pierre Raffarin, has promised a full investigation into the collapse of the roof.

Earlier, French prosecutors announced they are to carry out a criminal investigation as well as a technical inquiry into the incident.

The inquiries will try to determine if there was a design flaw or if shortcuts were taken in the construction of the building. 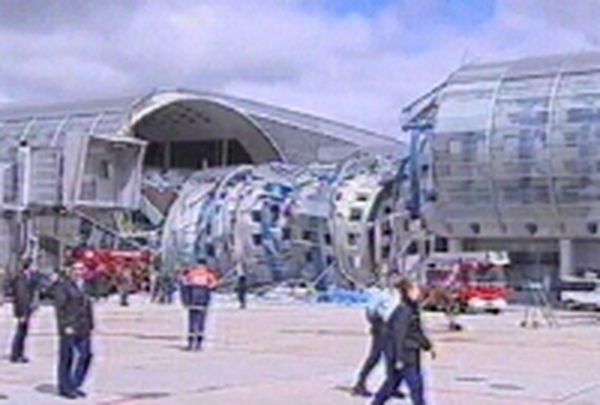