The resolution was passed by 144 votes to nil after the US abstained instead of vetoing the measure.

Earlier US Secretary of State Colin Powell said Israel's operation in the Gaza Strip had made the peace process with the Palestinians more difficult.

He was speaking after at least ten people were killed and more than 50 injured when Palestinian demonstrators in Rafah in Southern Gaza came under fire from Israeli helicopters and tanks.

Palestinian medical workers said several children were among the dead. The raid took place in the Tal al-Sultan neighbourhood of Rafah.

Witnesses said Israeli helicopters, tanks and troops fired at marchers who were protesting against an Israeli army operation that has been taking place at the camp for the past two days.

Israel's military says it will continue its operation in the Gaza Strip despite foreign criticism of events there.

Palestinian President Yasser Arafat called the strike a ‘war crime’ against peaceful demonstrators and demanded punishment for those responsible and appealed for international intervention.

A UN human rights envoy accused Israel of war crimes and a violation of humanitarian law while EU foreign policy chief Javier Solana said he was ‘deeply distressed’ by the high civilian casualties in Gaza. 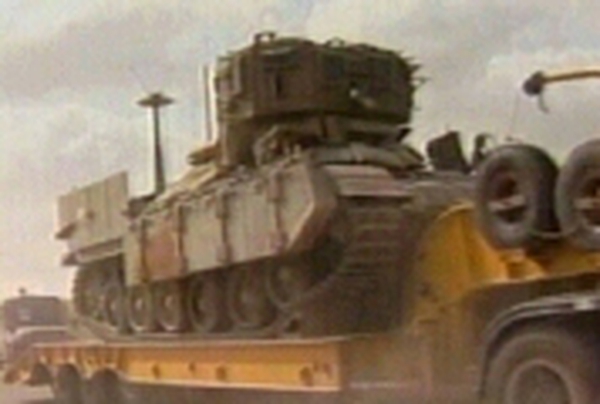