In Iraq, US troops have killed more than 40 members of Moqtada al-Sadr's militia in and around the city of Najaf.

A US military spokesperson said they had also recaptured the governor's office, which is at the edge of the city. He gave no details about US casualties.

Fierce gun battles and mortar fire were reported earlier, and US helicopter gunships were seen flying low over the area.

Elsewhere, US tanks entered the Iraqi Shi'ite holy city of Karbala and took up positions close to the main shrines after destroying the offices of a radical cleric with heavy machinegun fire.

Witnesses said about eight heavy armoured vehicles and six lighter vehicles were positioned in the city centre and they had met no resistance.

Five Iraqi civilians and one US soldier were killed, and 26 people were injured, in a suicide bombing in central Baghdad this morning.

The blast happened at an entrance to the central compound housing the US-led administration of Iraq, known as the Green Zone.

The entrance leads into the military sector of the zone and is guarded by US soldiers.

In Washington, the White House has confirmed that US President George W Bush is asking Congress for an additional $25bn to fund military operations in Iraq and Afghanistan.

The request breaks a pledge by the Bush administration not to seek more money before the presidential election in November.

The change in plan is being attributed to the increasing levels of violence in Iraq in recent weeks.

Critics have accused the administration of hiding the true cost of the war by not asking for money it knew would be necessary. 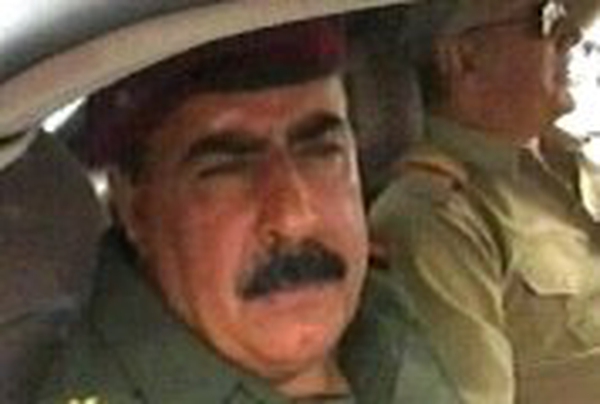