After months of practice matches, media previews, and managerial trash talk, today the Rugby World Cup finally kicks off with its debut match-up between minnows Russia and hosts Japan.

Extremely safe, overflowing with history and culture, and not nearly as expensive as its reputation suggests – Japan is manna from heaven for visiting fans, and the 12 host cities will see games take place across the country.

The venues are varied, and big beasts of international tourism like Yokohama and Tokyo are joined by smaller, less celebrated cities like Fukuoka and Kumamoto. Here’s our top experience for each destination, from ancient fortresses to enforced public nudity…

Choosing just one sight in Tokyo is harder than picking your favourite child, and you’re best off accepting upfront that a flying visit is never going to do the city justice.

If we have to pick, we’ll pump for Senso-ji as the most must-see of the must-sees – a magnificently colourful temple complex with a five-storey pagoda. When you think of Japanese temples, Senso-ji is what you’re picturing – whether you realise it or not.

Balmy in the summer, blanketed with snow in winter, and resplendent in brown and yellow come Autumn, Sapporo is the capital and jewel of Hokkaido, surrounded by forested countryside that looks spectacular in all the seasons.

It might seem strange, then, to head straight to the pub, but Sapporo is one of the beer capitals of Asia, let alone Japan. You could visit the Sapporo Beer Museum, or just crack open a cold one and get stuck in.

A cosmopolitan metropolis with famously friendly locals, the relaxed city of Kobe is often unfairly overlooked in favour of its illustrious neighbours Osaka and Kyoto. If you have a few yen to spare, the trademark attraction is its world-famous beef. Carved solely from Kobe’s local cattle, the marbled meat is the very definition of ‘melt in the mouth’. Going purely by the view from the train window, neighbouring Yokohama and Tokyo appear to be one and the same. But rest assured they’re different cities with different histories, and assertions to the contrary will not be appreciated.

Renowned for its urban living, Yokohama boasts a thriving art scene, waterside microbreweries, flavourful eateries, and breezy, walkable streets quite unlike those in the capital.

The largest city of Kyushu – a warm, southern island rarely troubled by the hordes of city-hopping tourists flying in and out of Tokyo – Fukuoka’s main claim to fame is being the probable birthplace of ramen. Nicknamed the City of Yatai (open-air food stands synonymous with the city), it’s a place to wander, taste, and dig in.

Fukuoka has a better-than-average array of ancient shrines and modern skyscrapers, but we make no apologies for going all in on Japanese food. It’s probably the most storied, sophisticated cuisine in the world.

With Yokohama and Tokyo on one side, and Osaka and Kyoto on the other, it’s easy to see how Shizuoka gets bumped from most travellers’ itineraries.

They’re missing out because Shizuoka possesses all the charm of its peers with none of the crowds. The flagship attraction is the Kunozan Toshogu shrine, one of a creditable roster of temples which are historic, photogenic, and above all, empty.

A sprawling metropolis with a free-and-easy vibe, Japan’s second largest city has a lingering reputation as a more interesting place to live than visit. Certainly, it can’t match Tokyo for history, but even day-trippers can appreciate the world-class shopping, nightlife, and dining.

All three come together in Dotonbori – an endlessly photogenic, pedestrianised, strip with enough light-up billboards to make even Las Vegas look twice.

No contest here – this majestic 17th-century stronghold is the heart around which Kumamoto beats. One of the finest fortresses in Japan, the castle dominates the Kumamoto skyline almost as much as its brochures.

In 1877 it withstood a brutal siege by 20,000 samurai for nearly two months, but unfortunately fared rather less well against an earthquake in 2016.

A traditional east coast fishing town marked by declining fortunes, in Kamaishi one sight quite literally towers above the rest. Nearly 50 metres tall, and astride a clifftop to boot, the Daikannon is a giant, white Buddhist statue containing a hidden observatory, with panoramic views of the Pacific shoreline.

Still scarred by tragedy, Kamaishi was devastated by the 2011 tsunami, losing 4% of its population. The only location to have a stadium specially built for the World Cup, organisers will be hoping to bring joy back to a region that’s seen precious little of it in recent years.

One of the smaller host cities, public attraction number one is probably the Musashi-Kyuryo National Government Park, a 304-hectare mishmash of hills, swamps, lakes and herb gardens that was Japan’s first-ever government park.

Many Kumagaya residents commute to Southern Tokyo during the week, so if you still have sights to see in the capital, you can too. Nicknamed the Hot Spring Capital of the World, in Oita you’re practically obliged to strip off all your clothes and sit in a bath with strangers.

Onsen are traditional Japanese bathhouses built atop natural geothermal springs, and Oita has more of them than anywhere else. A blend of ancient traditions and modern lifestyle, onsen come with a very specific code of behaviour, so do your homework before you disrobe.

If you have tattoos, proceed with care – in Japan, they’re associated with the Yakuza, and at best will earn you dirty looks.

We’re going to stop you right there – yes, this is that Toyota, and main attractions include a Toyota factory tour, and an industrial (mostly Toyota-based) museum. A Mecca for petrolheads, the city was actually renamed after the car company, rather than the other way round. 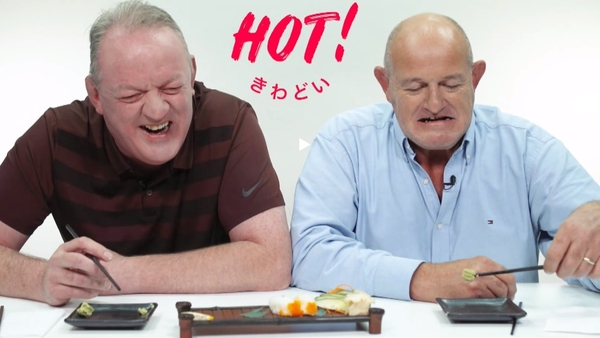 Watch: Familiar faces get a taste of Japan ahead of World Cup