Irish weather is a thing of infamy, an ever-present nuisance we’ve learned to live with and vent about to any newcomer who will lend us an ear. We’ve made it something special, mystical, and even our hurricanes have entered popular myth, like the Night of the Big Wind in 1839 that claimed 300 lives and destroyed 25 percent of homes in Dublin. More recently, Storm Debbie in 1961 claimed 18 lives and Storm Charley in 1986 claimed 11.

But while we’ve just about gotten too used to Irish weather, a number of recent weather events have brought fresh fears of hurricanes hitting Ireland, and exposed the gaps in our understanding of how to prepare for them. While Storm Ophelia wasn’t a hurricane, the tropical revolving storm pushed parts of the country to its limits and still, there were reports of people defying weather warnings and swimming in the sea in Galway.

As Storm Ophelia approached, Dr Mike Brennan, who was appointed Chief of the Hurricane Specialist Unit in the National Hurricane Centre in the US in late February, briefed Met Éireann on what to expect from the storm and how to prepare, a topic he had had much experience with during last year’s record-breaking hurricane season, which saw ten hurricanes in as many weeks and seared names like Hurricane Harvey and Hurricane Irma into public memory as instances of devastating natural disasters.

Dr. Brennan visited Dublin last year to speak at ‘The Wind That Shakes the Island’, a free public weather event organized by the Irish Meteorological Society and Met Éireann on storms and hurricanes. He managed to fit in aninterview with us to discuss all things hurricanes, preparation and where climate change factors in.

With Hurricane Lorenzo currently just two thousand miles away, we thought now was the perfect time to look back at our chat with Dr. Brennan.

Could you outline your role for us?
The National Hurricane Centre has sort of three different branches. The one I’m in charge of is the Hurricane Specialist Unit. So we have ten forecasters and we’re responsible for issuing forecasts, watches and warnings for tropical storms and hurricanes in the entire

North Atlantic Ocean and also in the Eastern North Pacific basin, so that’s our area of responsibility. We issue forecasts every six hours for any tropical cyclone in the basin for out to five days and we also coordinate with the local meteorological services in affected areas for issuing tropical storm or hurricane watches and warnings. And we have the responsibility for issuing the watches and warnings for the United States.

What’s it like having to work in that environment and then forecasting quite extreme situations?
It’s pretty sobering because you see a storm that’s that strong and you know it’s heading to populated areas, whether it’s islands or the United States or other areas. So our goal is to really try to put the best forecast out that we can and give local officials the information they need to take the right preparedness decisions, either ordering evacuations or having people board up and get ready for the storm.

A big part of that is what we do in the off-season. People always ask ‘what do you do outside of hurricane season?’ We do a lot of outreach and education to the general public, to emergency managers, to the media, sort of informing them about the hurricane problem, what are the risks that they have, the different hazards of hurricanes - the wind, storm surge, rainfall, tornados, heavy surf or rip currents. So we want people to have their plan in place before the hurricane season even starts.

And that’s something for people here in Ireland who may go on holiday to the Caribbean or to the United States, hurricane-prone areas, that they might want to at least keep in the back of their minds if they’re visiting during hurricane season - what is a hurricane, what’s a tropical storm, what does it mean? And then listen to the officials, wherever they might be if they encounter a storm when they’re there.

Absolutely. What is behind the increase of extreme weather situations such as hurricanes?
For hurricanes, we can’t really tell if there’s been any long-term change in the frequency of the storms. The database we have in the Atlantic Basin, which is our best database, goes back to only the mid-1800’s. But even that’s incomplete, especially up until the later part of the 20th century until we had consistent satellite imagery, which is the easiest way to detect hurricanes.

So we don’t really know if there are any long-term trends in the hurricane frequency and there’s sort of mixed research on whether in a warming environment that would mean more hurricanes, hurricanes in different places or how that would change the characteristics. It’s an area of active research right now and there aren’t any solid conclusions.

When hurricanes come around people will try to make links between them and climate change. Is there any link between increased hurricane intensity and climate change?
We don’t really know. If all things are being equal, if you have warmer ocean temperatures, then that has the potential for stronger hurricanes. But there are other things that could change as well, in terms of temperatures and other parts of the atmosphere and how that might change other factors that would affect hurricanes.

The biggest thing that we see in terms of large-scale changes that are going on is sea level rise. With sea level rising, especially in hurricane-prone areas, that makes them even more vulnerable to storm surge so you’re sort of setting up the baseline that the water sits on a normal day, and then the storm surge and the coastal flooding comes in on top of that.

The best example we always cite is 1992, which was a very quiet hurricane season, but Category 5 Hurricane Andrew hit South Florida, killed many people, devastated the area. But it was the first named storm of the year in August! That tells you how slow the season was. So everyone has to be ready despite what the seasonal forecast might say or what they think the risk is.

How exactly can someone be ready?
Know what your risk is to various hazards. Are you in an area that floods from heavy rainfall or from coastal flooding? What’s your vulnerability of your house to high winds, trees? We tell people you should always look at your insurance needs, things like that. And then know what your plan is going to be if you’re in an area where you’re asked to evacuate. You want to know what to do long before you’re asked to do that, so you don’t want to be making up your response plan as the storm approaches.

We always tell people to have enough food and water for several days in your home so that you can be self-sufficient if the power goes out. Have enough medicine, be aware of your friends and relatives that might have special needs or medical issues, might need help getting ready for the storm themselves. So you take all that into account ahead of time.

For the US, more hurricanes will mean one thing, but what would it mean for a smaller, island country like Ireland?
Well, Ophelia wasn’t a hurricane when it hit, it was an extratropical version of the storm as it sort of transitioned away from a hurricane into more like a winter storm, but Ireland gets wind events quite frequently. Something that was different with Ophelia was it was such a strong wind event, it was stretched out over essentially the whole island, and it was also occurring at a time of the year when you still have leaves on your trees, so everything was much more susceptible to tree damage, falling limbs, things like that. So people here just need to be aware of what a storm means, and listen to the folks from Met Eireann and your local emergency officials and take their advice and put that into place when there’s a storm.

Down the line, is there a worst-case scenario when it comes to hurricanes?
Well, we have lots of worst-case scenarios for hurricanes in different parts of the world. In areas like the Indian Ocean, the Bay of Bengal you have millions and millions of people who live in Bangladesh or other areas that are significantly vulnerable to storm surge, which has the potential to kill thousands, tens of thousands of people in a single events.

We have areas in the United States that are exceptionally vulnerable to storm surge, like Tampa Bay or New Orleans. So each one of those has their own worst-case scenario that sometimes can come to fruition. We saw that happen in islands like Barbuda and Dominica last year, where you had islands almost wiped off the map. So that risk is there now, regardless of what might happen in the future.

‘The Wind That Shakes the Island’ took place on 13 April, at 5pm in the RDS. 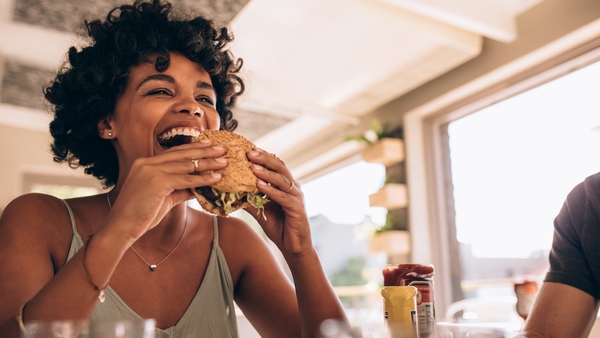 Can you train your brain to be happier? 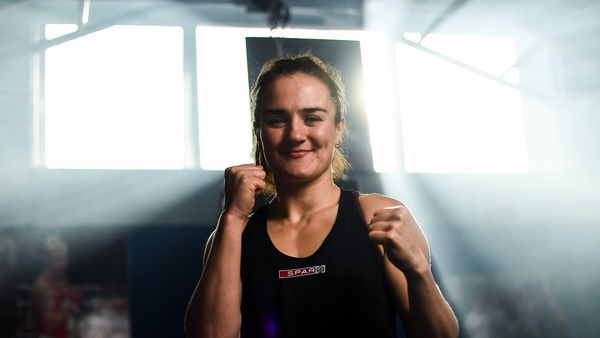 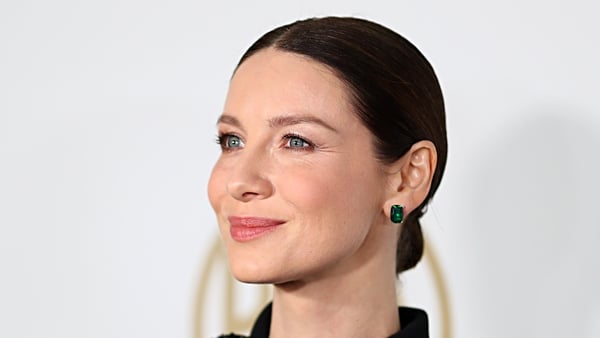