VW's nod to retro motoring - the ID Buzz - is all-electric and has been named Irish Car of the Year by the Motoring Media Association of Ireland.

The Buzz was inspired by the original VW camper van and the latest iteration is a vehicle VW says has a range of over 400 km range. 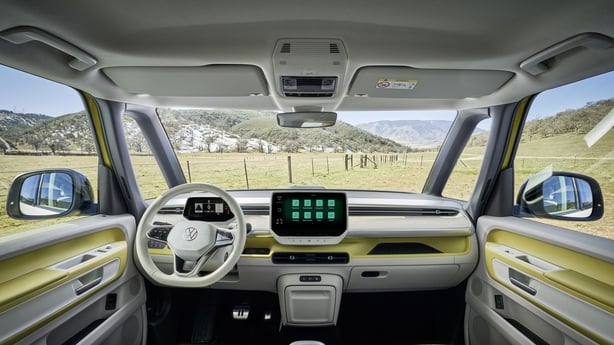 It has lots of space for five passengers and the boot area can be extended to a capacity of 1221 litres. With a price tag of just under €66,000, however, it isn't cheap. In fact, its price puts it over the limit for electric car grants in Ireland.

Volkswagen says the Buzz can be charged from 5% battery capacity to 80% in 30 minutes. The Buzz Cargo - a commercial version - took the title of Van of the Year at the same awards, in conjunction with Continental Tyres. Other category winners were: