Volkswagen's new generation of electric cars will begin arriving later this year in the shape of the ID.3 - a car whose pricing and promised range should expand the electric car market significantly.

VW has upped the ante for electric cars with the ID.3 by promising a driving range of between 410 and 424 kilometres on a single charge even on the entry-level model - the ID 1st. The car will arrive in Ireland in September and will have an engine capacity of 204 horse power from a 58 kWh battery. Pricing, after grants for private buyers, will start at €33,625. Commercial drivers will also benefit from the VRT reduction. 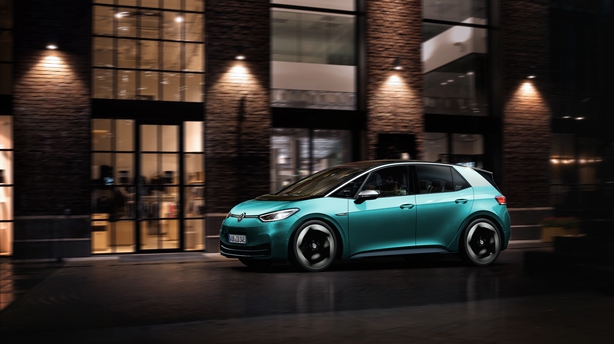 The three versions of the car are described by VW as special edition cars aimed at buyers who put down a €1,000 deposit within a four week period from today. To further attract buyers, the level of equipment on the car is better than that of most electric cars on the market here. 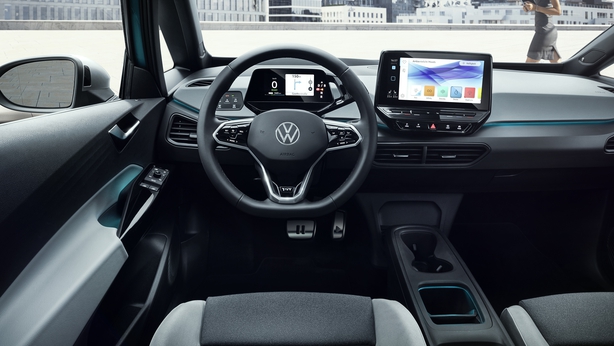 Satellite navigation comes as standard on the first versions of the car.

The next version, the ID.3 1st Plus costs €40,595, after grants, and has the same level of equipment, plus a rear-view camera system and a keyless access locking and starting system. It also has a centre console with two additional USB-C connections in the rear, tinted windows, LED rear taillights and 19-inch alloy wheels. Its range is claimed to be range of 419km on a single charge.

The top-of-the-range version, the ID.3 1st Max comes in €47,545, after grants, and features include an augmented reality head-up display (AR), two additional loudspeakers and 20-inch wheels.

It also gets VW’s 'Travel Assist’ driver assistant system, which lane change assistant and ‘Emergency Assist’ as well inductive charging for a phone. Front seats are electrically adjustable with massage function round. It has a claimed range of 410km.

New VW Golf arrives. Will it it be the last one ?