Ford believes dull electric cars are a mistake and has put its chips on the table with its first all-electric car - an SUV version of the iconic Mustang. It's due in Ireland next year.

The Mustang Mach-E is one of 14 electrified vehicles coming to Europe next year and marks a major departure for Ford. It's clear that by producing the Mustang as its first all-electric car, Ford sees Tesla as a major threat.

Ford says the car has a range of 600 kilometres, accelerates from 0 to 100 KPH in less than five seconds and produces 342 kW of power.

Reuters reports that for Ford Chairman Bill Ford Jr., the Mustang Mach E puts together two previously conflicting goals: His desire for Ford to be a leader in clean cars and make the automaker carbon-neutral by 2030, and his personal love of the Mustang and its growling V-8 engine.

"We are really pushing our chips in on the table with this vehicle," Ford said in an interview ahead of the Mach E's unveiling. The company has said it will spend $11.5 billion developing electric and hybrid models by 2022.

Musk replied to Ford's event with a tweet last night:

"Congratulations on the Mach E! Sustainable/electric cars are the future!! Excited to see this announcement from Ford, as it will encourage other carmakers to go electric too."

Ford says built-in charging solutions will guide customers to nearby public charging stations, recommending where to charge on trips and providing access to more than 125,000 FordPass Charging Network locations in 21 countries across Europe. There are no indications yet as to how this system will work in Ireland. 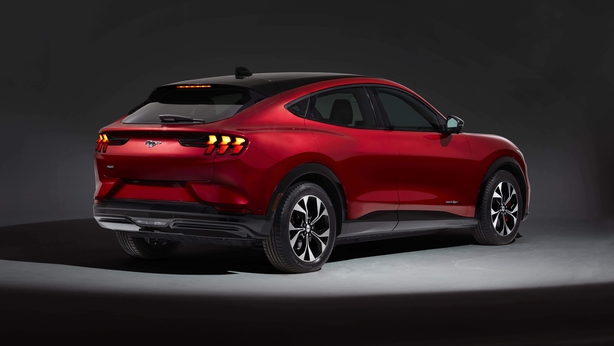 The SUV originally was to be what Ted Cannis, Ford’s global director for electrification, called a "compliance" play - an electric variant of a front-wheel drive internal combustion vehicle, aimed at generating emissions credits to comply with clean air regulations at low cost. There was no link to Mustang’s muscle car image.

Boring electric cars were the norm for Ford and other legacy automakers. Then Tesla Inc (TSLA.O) in 2013 launched its Model S - an electric car that looked like a sporty European luxury sedan with a giant screen for a dashboard and entertainment and functional features that could be upgraded with over-the-air software updates, the Reuters report says.

Car makers have struggled to make money on electric vehicles. Bill Ford told Reuters on Sunday after unveiling the Mach E "will be profitable right from the start." 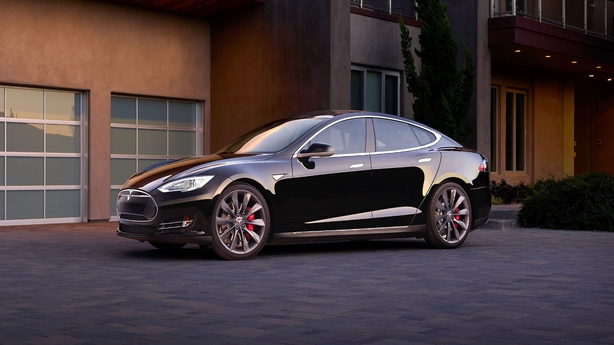 The success of Tesla cars has been a crucial impetus for Ford.

Ford’s confidence in the Mach E, and its determination to challenge Tesla, was reflected in the location the company chose to reveal it: An airplane hangar just a short walk from the main offices of Tesla CEO Elon Musk’s SpaceX operations in Hawthorne, Calif. Musk often uses SpaceX facilities to unveil Tesla’s new models, and has scheduled the debut of his electric pickup truck for somewhere in Los Angeles on Thursday.

Ford’s own customer research showed dull electric cars were a mistake, Cannis and other executives said.

Those doubts came to a head in mid-2017 when Hackett, then newly appointed, reviewed the design for the electric SUV with Executive Vice President Jim Farley, who has owned seven of the cars starting with a 1965 model he restored when he was 14 years old.

A concept for new dashboard software and a display using a 15.5-inch (39 cm) diagonal screen was pulled together in just 90 days by a 15-person group that called itself Team Menlo - a reference to Thomas Edison's Menlo Park, New Jersey, laboratory. A paper prototype of the new screen used an empty Keurig coffee pod to represent a large control knob.

The final call on using the Mustang name came from the top, and was not given easily.

"I was dead set against it, initially," Bill Ford said. Ford said he started to warm to the idea as he saw the styling and the performance data for the vehicle.

Ford said he did not grant his approval until earlier this year after driving a prototype.

The final call on using the Mustang name came from the top, and was not given easily.

"I was dead set against it, initially," Bill Ford said. Ford said he started to warm to the idea as he saw the styling and the performance data for the vehicle.

Ford said he did not grant his approval until earlier this year after driving a prototype.

This is not the first time a challenge to reinvent the Mustang has emboldened Ford employees to break with convention during a rough patch in the company's history.

The original Mustang launched in 1964 was derived from a mainstream Falcon compact car, and quickly became a hit, far out-selling the company’s projections.