Twenty motorists accused of dodging M50 tolls have been hit with fines totalling €212,000 after they failed to turn up to court.

The penalties ranging from €6,000 to €14,000 were imposed by Judge Bernadette Owens during a single sitting of Dublin District Court where cases went ahead in their absence after they were sent thousands of warning letters.

The court heard one motorist was accused of not paying tolls for more than 600 trips on Ireland's busiest motorway and he was allegedly sent almost 2,000 letters demanding payment.

Every case involved five sample counts and photo evidence of how many times the defendants' vehicles had been detected using the motorway without paying the charge.

The court heard the prosecution's evidence showed the passage of the various vehicles, mostly private cars, on the barrier-free motorway on dates in December 2018, as well as in January and February this year.

Proof of vehicle ownership at the time was also furnished to the court.

Prosecuting counsel Thomas Rice said a Transport Infrastructure Ireland (TII) official had certificates of ownership as well as images of the vehicles passing the toll gantry on the M50.

The vehicle owners were given four to seven months to pay the court's fines as well as €750 in prosecution costs.

Judge Owens heard that a private investigator was needed to ensure summons were served on defendants.

Fines of up to €5,000 per charge as well as a sentence of up to six months can be imposed.

The court also heard the motorway authority only selected "habitual non-payers" to face criminal proceedings but no one has been jailed so far. Some 33 motorists were on the court list today.

Thirteen cases were adjourned to allow TII to engage further with defendants.

Just five people turned up in court to face their charges. They were allowed adjournments to brief lawyers or to consult with TII in relation to the unpaid tolls.

One of them accused the motorway operator of bullying while another woman told Judge Owens her abusive ex-partner had been using her car and was responsible for not paying the M50 charges.

The judge then proceeded to hear the cases of 20 other motorists from around Dublin in their absence. She noted the registered owner, regardless of who was driving, was liable in these cases.

Louise Reynolds with an address at Allenton Drive, Ballycragh, Tallaght, was fined €10,500. The court heart she had paid for two out of 255 journeys by her car and TII received no contact from her. 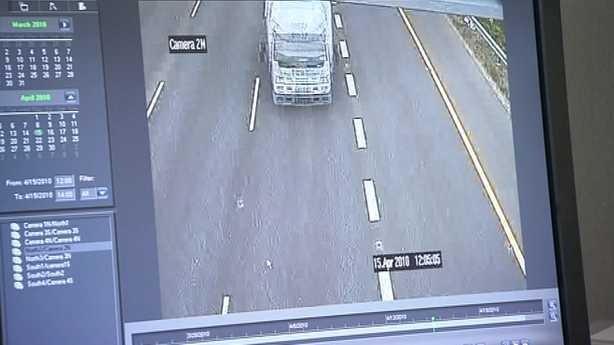 Registered commercial van owner Patrick Collins, with an address at Cherry Orchard Parade, Ballyfermot, was hit with fines totalling €14,000 after the court heard evidence he had not paid for 481 trips. He had been sent 1,400 letters but the motorway operators received no reply, the court was told.

Van owner, David Meehan, from Arthur Griffith Place, Lucan, was supposed to pay €4 for each trip because he had a commercial vehicle. However, the court was told he had a history of 610 trips, no payments and 1,800 letters were sent but the M50 operators did not receive any contact.

The court heard that Jeremiah Brennan with an address at Aras na Cluaine, Clondalkin, had a history of 167 journeys, no payments and 500 letters unanswered letters were sent to him. He was fined €7,000 by Judge Owens.

Calin Scintei, with an address at Alexandra Place, East Road, Dublin 3, had been sent 1,700 letters about 581 unpaid tolls. He received fines totalling €13,000.

Rasheed Lawal, from Woodgate, Ballycullen, Dublin 16, was fined €10,500 after the court was told his car had a history of 366 unpaid tolls despite being sent 1,100 letters.

The court heard motorist Jonathan Doody from The View, Millbrook Lawns, Tallaght, had paid for six out of 282 trips and he was sent 846 letters. Judge Owens fined him €8,000.

Artur Kazmierczak, of Fforster Crescent, Ballydowd Manor, Lucan, was ordered to pay €10,500 after the court heard he had not paid for 310 journeys despite being sent 981 letters.

Judge Owens was told that Lee Newman, with an address at Coultry Avenue, Ballymun, was the owner of a car which had a had a history of 309 unpaid trips. He was also sent 927 letters before court proceedings were initiated.

Andrea Cucoramu, with an address at Chieftain's Crescent, Balbriggan, was fined €14,000 after the judge heard evidence that the motorist's car had a history of 584 unpaid M50 tolls. TII sent the car owner 1,752 letters.

Tracey O'Connor, with an address at Latchford Square, Casta Heaney, Dublin 15, had paid for 54 out of 448 trips by her car, the court was told, and the judge heard she was sent 1,344 letters. She received fines totalling €12,500.

Freddy Lodi with an address on the North Circular Road, Dublin 1, was fined €10,000 after the court heard he had not paid 279 tolls despite getting 837 letters.

Judge Owens heard evidence that Barry Daly of Glenfield Park, Clondalkin, had paid for 12 out of 200 trips made by his car, and he had been sent 600 letters but made no contact with the motorway operator. She fined him €8,000.

Robert Taaffe, of Ferrycarrig Road, Coolock, paid for 81 out of 407 journeys by his car. Fining him €10,500, Judge Owens noted he had been sent 1,200 letters about the charges but he made no contact.

The court heard a car registered to Ian O'Reilly of Holywell Manor, Swords, had a history of 263 passages and three payments, the last being in April 2017. He was sent 759 letters about the unpaid motorway charges but the operators received no contact. He was fined €10,000.

Christine O'Hare, of Cedar Grove, Ridgewood, Swords, was fined €7,000 after Judge Owens was told that her car had used the motorway 192 times without paying the toll. Some 576 letters were issued but no contact was received from her.

Judge Owens was told Lisa Lawrence, of An Riasc, Farnham Drive, Finglas, was the registered owner of a car with a history of 564 unpaid tolls and she had been sent 1,719 letters. She was fined €14,000.

Ciaran Brogan with an address at Glenville Lawn, Blanchardstown, was fined €11,500 after Judge Owens was told his car had a history of 290 passages and 26 payments. He had also been sent 870 letters before the prosecution commenced.

Patrick Holohan, of Dromcarra Avenue, Jobstown, Tallaght, was fined €6,000. Judge Owens was told his car had a record of 151 trips and no payments. He had also been sent 453 letters but the motorway operator received no contact from him, the court was told.

The standard M50 toll for an unregistered private car is €3.10 must be paid before 8pm the following day or else there is an added €3 penalty for having missed the deadline.

Motorists have 14 days from the date of issue to pay for the journey and the initial penalty; otherwise a further penalty of €41 is applied.

After a further 56 days there is an additional penalty charge of €103 and if it remains unpaid legal proceedings follow with the possibility of a court fine of up to €5,000 as well as a jail term of six-months, or both, per offence.