Peugeot's emergence as the most reliable car brand in the latest JD Power dependability study will come as a surprise to many, but what's equally revealing is how many prestige names are featured at the bottom of the list.

The JD Power study is one every car manufacturer wants to do well in because it carries international weight and can be a deciding factor for many buyers before they commit to a particular car.  This year's study shows Peugeot coming in at first place and BMW coming in last.

This British JD Power study is based on responses from 11,530 owners of new vehicles registered from November 2015 through January 2018. It measures problems experienced during the past 12 months by original owners of vehicles in the UK after 12-36 months of ownership and was carried out from November 2018 through January 2019. It seems higher levels of technology are causing major headaches for manufacturers and owners alike.

The study looks at the number of problems experienced per 100 vehicles (PP100), with a lower score indicating better performance. 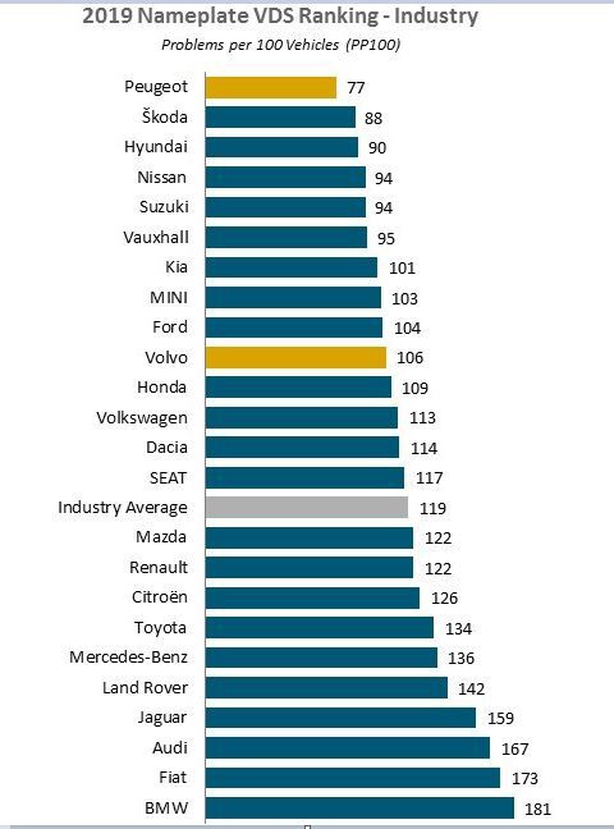 JD Power says the "race by manufacturers to cram new vehicles with the latest technologies is turning into a headache for owners, with audio/communication/entertainment/navigation (ACEN) systems comprising half of the 10 most problematic issues that owners cite in their new vehicle.

The key findings of the 2019 study were: 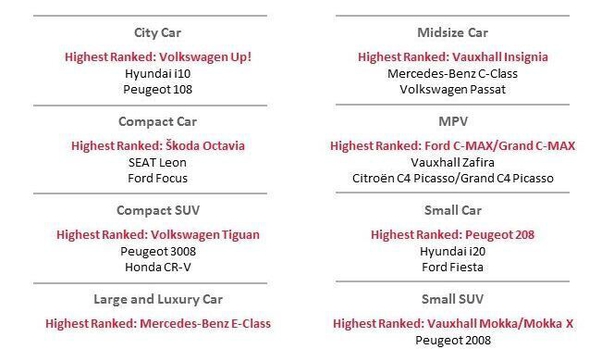 "When we look at the PP100 scores of relatively new safety technologies, it’s clear that manufacturers still have work to do to perfect those systems—particularly premium brands that use them as a major selling point," says Josh Haliburton, Head of Operations. at J.D. Power.

'It’s also going to be vital for vehicle makers to win customer trust in this technology if they are to convince potential buyers that fully automated vehicles in the future will be reliable. For example, such buyers are quite likely to question the safety of self-driving cars if brands still struggle with the accuracy of their navigation systems.'