More than 14,500 people, who were prosecuted for road traffic offences, are to have their convictions quashed because of Garda error.

About 14,700 people convicted in the courts were prosecuted without a fixed-charge notice first being issued.

Gardaí now have to appeal all those convictions, have those court-imposed penalties removed and the State has to cover all costs, estimated to run into millions of euro.

The Assistant Commissioner in Charge of Policing has apologised to those who were wrongly convicted.

It has also been revealed that from 2011 to 2016, the number of drink-driving tests gardaí claimed to have carried out was hugely exaggerated, by over 937,000.

Gardaí say they do not know why it happened and have pointed to system and policy failures.

However, they accepted it is reasonable for people to conclude many of the figures were just being made up. 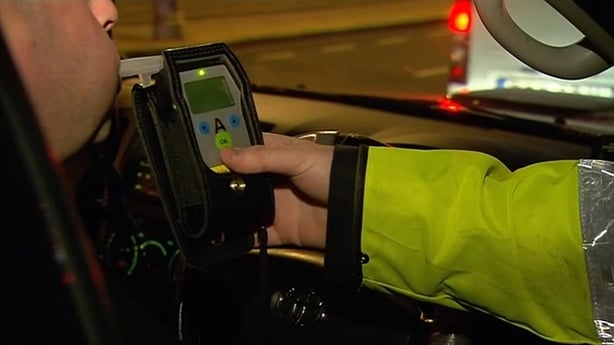 The Policing Authority has said it is is alarmed at the scale of the discrepancies disclosed between actual roadside alcohol tests administered and the numbers recorded by Gardaí.

In a statement following a public acknowledgement by An Garda Síochána of the issue, the Authority said "this is not just an academic statistical matter, it is an ethical one".

"It raises serious questions of integrity for the Garda Síochána organisation and combined with previous issues regarding inflated activity levels, erodes confidence in the credibility of garda data generally."

Medical Bureau of Road Safety data show 1,058,157 tests were administered, whereas An Garda Síochána recorded that 1,995,369 tests were carried out.

"It again raises concerns about management and supervision, echoing findings of the Garda Inspectorate, Judge O’Higgins and others," the Policing Authority said.

It says that it is the authority's view that "the scale of the discrepancy is further evidence of deep cultural problems within the police service – a culture in which such behaviour was possible".

It called on the various arms of the State, the Director of Public Prosecutions, courts and Gardaí, to work together to speedily remedy matters. The statement continues: "These issues will continue to be pursued by the Authority as part of its oversight role."

It says it is also concerned about a broader range of issues including around the issue/non-issue of summons and what happens to cases generally between checkpoint, detection and conviction. 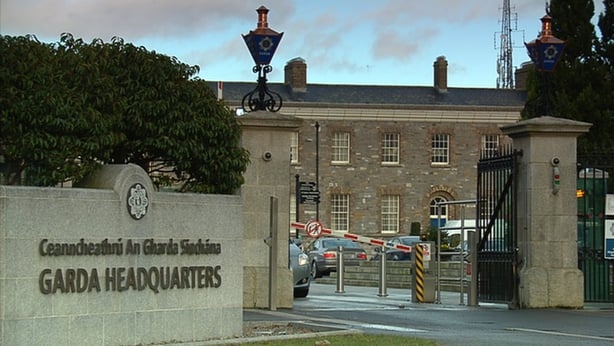 This statement issued by Garda Headquarters detailed the numbers and the kind of cases affected and also addresses the discrepancy in drink-driving test figures.

"Section 103 of the Road Traffic Act 1961, as amended provides that where a member of An Garda Síochána has reasonable grounds for believing that a fixed charge offence is being or has been committed by a person.

If the member identifies the person, the member shall serve, or cause to be served, personally or by post, on the person a notice under this section.

An initial examination of records for offence - 'Not having a valid NCT Certificate' indicated that in 759 cases, where a fixed charge notice (FCN) had been issued and paid a summons was later issued. The examination of all fixed charge offences, since the roll out of the FCPS system, identifies that 1,130 cases have had summonses issued for offences where the FCN has been paid.

Arising from the initial findings in relation to prosecutions taken where the person prosecuted had paid a fixed charge for the offence; a decision was made by Assistant Commissioner, Roads Policing and Major Event/Emergency Management, to establish if any other issues were arising in relation to the operation of the full FCPS.  This review was carried out in conjunction with Garda IT. An examination of 830,687 summonses issued between 1st January 2006 and 27th May 2016 for road traffic offences declared as fixed charge offences has now taken place.

This review has identified that in addition to prosecutions taken where the person prosecuted had already paid a fixed charge for the offence prosecutions were initiated where a fixed charge notice had not been issued.  A total 146,865 summonses were brought before the Court in these circumstances.
The main offences relating to the 146,865 summonses are set out below.
OFFENCES
Offence Description Total
Non Display of TAX Disc (Use) 68664
Non Display of Insurance Disc (10 days after date of authentication of the certificate) 42462
Use Vehicle without NCT 4511
Learner Driver Failing to Display 'L' Plates on a vehicle 1000
Non Display of Insurance Disc Owner 6782
Driving Without Reasonable Consideration 5939
Failing To Stop For Garda   3658
Driving Past a Red Traffic Light 1903
Holding a Mobile Phone While Driving. 1217
136136
Other offences: Speeding, Lighting, bus lanes, Parking offence 10729
Total 146865

In relation to 146865 summonses 14,700 cases resulted in a penalty being imposed by the courts.  We have undertaken to appeal of those outcomes to the Circuit Court.

Based on the findings and enquiries, a number of solutions were identified by Garda IT to avoid as far as possible a reoccurrence of the issues highlighted.
As of the 15th July, 2016, an IT solution has been designed and rolled out. The solution was designed around addressing the above three issues and prevents summonses being created in these circumstances.

Going Forward - An Garda Síochána's Next Step
We have spoken to the DPP and the Court Services about how to rectify cases where a penalty has been imposed. We will be bringing these matters before the courts and requesting that the convictions are set aside. A dedicated team has been set up and we are liaising with the Court services to expedite this process.

We will be writing to all of the people affected and explaining what happened and how we propose to rectify the situation. Any fines imposed will be reimbursed and all records involved will be corrected.

Assistant Commissioner Michael Finn said, "This was an error in the manner by which we processed these cases.  We have identified it and have put an IT update in place to ensure it is not repeated.  An Garda Síochána apologises to all of those people who were brought before the Courts without being given the opportunity to pay a fixed charge notice. It is our mistake and we will rectify the matter. The people involved do not have to take any corrective action until they hear from us".

The public can contact us via  email on FCN.Helpline@garda.ie

People affected can expect to receive a letter between the 3rd and 14th of April and this will contain a contact telephone number. 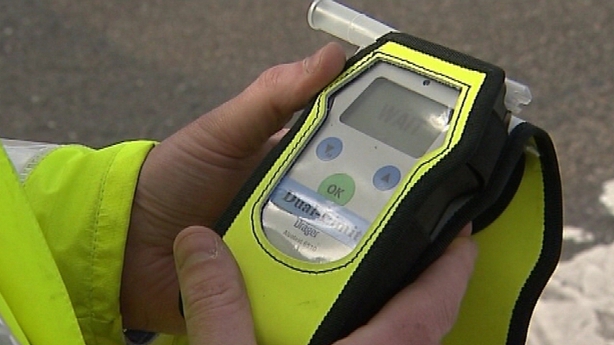 Following a review An Garda Síochána has decided to withdraw the data on the Garda Website relating to Roadside Breath Tests. The reason for this decision is that we have been provided with data by the Medical Bureau of Road Safety from their breath test device database and we have been unable to reconcile this with the figures displayed on the Garda Website. No prosecutions or Court outcomes will be impacted by this decision.

A member of the Garda Síochána, who is on duty at a checkpoint, may stop any vehicle at the checkpoint and, without prejudice to any other conferred on him or her by statute or at common law, may require a person in charge of the vehicle-

to provide (by exhaling into an apparatus for indicating the presence of alcohol in the breath) a specimen of his or her breath.

The devices that we use are provided to An Garda Síochána by the Medical Bureau of Road Safety. The devices indicate the presence of alcohol in the breath.

The background to our review, and decision to remove the data from our website, is based on a review - initially of breath tests conducted at traffic collisions - and this led to concerns about the overall quality of our data and recording systems. As a result of these concerns a review of the breath test data was conducted in the Southern Region in 2015.  The results of the Southern Region review indicated that there were significant discrepancies in our data and a full review of breath test data across the entire organisation commenced in 2016.

Over that period over 1,200 devices were in use across 108 Garda Districts with no central recording process.

In 2016 An Garda Síochána put in place a new paper based recording and verification processes and more significantly in November 2016 a new specific data recording IT upgrade was installed on the Garda PULSE system.

The net effect of the new IT upgrade was that personnel now have to record the serial number of the device used for each breath test plus the meter reading before and after the checkpoint was concluded.  Data from the device is now used to verify the total number of breath test conducted at each checkpoint.
Data for 2016/2107, average over a 365 day period, suggest that the data we have recorded on PULSE for 2016 is accurate based on the data available to AGS from the Medical Bureau for Road Safety.

While An Garda Síochána satisfied at this stage that the new processes that we have put in place in 2016 are working and that the 2016 data is solid we will not publish the data until we are satisfied that the processes is robust enough and consistent enough to stand up to scrutiny.

While the 2016/2017 data is reassuring we will continue to closely monitor the data. If we are satisfied that the data is accurate and solid at the end of 2017 we will consider publishing data that we can verify.