Gardaí have seized stolen cars worth €2 million that were due to be exported to Europe.

Nearly 100 stolen cars were recovered including a brand new Range Rover along with Mercedes, BMW and Audi models over the past 20 months.

Along with high end vehicles, Nissan Qashqais, Volkswagen Golfs and other family cars have also been seized. 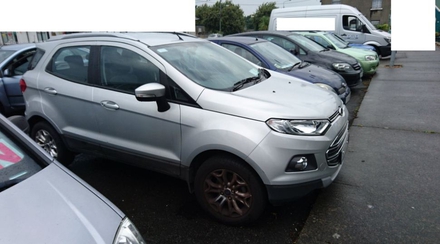 Motorcycles and commercial vehicles have also been found.

Since January 2015 a total of 91 vehicles with an estimated value of about €2 million have been recovered.

4 Vehicles recovered in Operation Waste in last 24hrs. Total of €2m recovered by the unit since Jan 2015 pic.twitter.com/Iocc9nnkox

Operation Waste has been working out of Dublin Castle to prevent criminals from exporting cars collectively worth millions of euro.

It is assisted by the Garda Stolen Motor Vehicle Investigation Unit, and the National Bureau of Criminal Investigation.