Christmas is a time of indulgence, celebration and generosity – which might explain the pile of roast potatoes that could feed an army when there’s only six of you around the table. And this festive season, it might be tempting to go even more over the top if you didn’t see family members last year.

Food waste at Christmas is a real problem though. New research by Boursin says nearly half (48%) of us admit to overbuying when stocking up for the big day, 21% admit to being more wasteful than normal over Christmas and nearly a quarter to throwing uneaten food straight in the bin.

It’s an issue close to MasterChef 2018 champion Kenny Tutt’s heart. He says: "We’ve had a really weird time in our lives, there’s been a lot of separation. People want to treat each other, they want to see loved ones, they want to eat well. You’re going to get a lot of food being bought but at the same time that will mean more food in the bin, that doesn’t have to be.

"It isn’t right to see big bins overflowing with food that could be eaten." 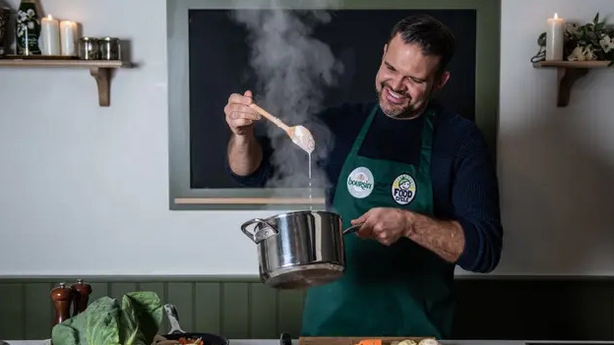 The 39-year-old is backing a campaign by the charity FoodCycle, called ‘You Create, We Donate’, which is encouraging people in the UK to cook up and share pictures of dishes made out of leftovers.

"I’m not getting on my soap box. It’s just that when we know there are big chunks of people out there, not just abroad but in the UK, who struggle to eat, [and] food banks have never been used more than they are now – it doesn’t make sense," he says.

So, in the spirit of wasting less and using up everything possible, here are some tips.

Think realistically about how much each person will need

"Coming from a restaurant background, I have quite an understanding – because you see the plates coming back!" says Tutt.

"We do Sunday roasts [at his Brighton restaurant Pitch] and if we put five potatoes on the plate, two always come back. We’ve sort of found three is the measure – that’s where people get full. And it’s not us being tight, I’m more than happy to put five on but if they’re not going to eat them, then I don’t.

"Remember Christmas is quite decadent; you might wake up and have bacon and scrambled eggs, or salmon, there’s going to be chocolate. The Christmas dinner doesn’t necessarily need to be a mountain."

Use your senses when it comes to dates on packaging

"There’s a difference between a sell by date and a best before date, and sometimes you’ve got to use your senses with food – it doesn’t suddenly just die in the fridge when it hits 12 o’clock on that day. Taste it, see it, smell it – is it still good to eat? Lots of food is fine to eat for a good week or more [after you might think]," he says, although you should be more careful with meat and seafood.

Tutt has become more conscious of waste since moving into the food industry after MasterChef. "Meat is expensive, so it’s really important not to waste that if you’re a meat eater. There’s a lot of effort that’s gone into the farming of that and the creation of that," he says.

"It’s not just about cost – [although] we live in a world that has become a more expensive place to live. I know farmers, I know people who run dairies, and even [make] coffee. I’ve gone and seen roasteries and the work that is behind it. And when you see that, you think twice about putting it in the bin because you know the time it’s taken, the transport, the packaging. It’s a bit of an eye-opener."

"Roast potatoes freeze really well. Any sauces, gravy, cranberry sauce, bread sauce can all be frozen," Tutt says, "I generally make the gravy two weeks before and freeze it and it will freeze well for three, four, five months!"

"If you’ve got carrots left, you could make a pickle with some vinegar, some sugar and maybe some star anise, and pickle that carrot and you’ve got something that’s going to last for a year plus," he suggests. "It takes a bit more time, a bit more effort, I get that, but the results are worth it."

Be experimental with leftovers

Brussels sprouts are commonly wasted, Tutt says ("Some people might just have one as a gesture"). To make tasty use of leftovers, he makes a sprout and cranberry pakora, sprout coleslaw or packs them into a breakfast hash.

"The turkey carcass makes the most wonderful soups and stocks. Boil it down with some onions and carrots, [and add] noodles, to make a beautiful turkey broth."

You can also stir chestnuts and bacon through pasta or spread gravy in your Boxing Day sandwiches. Try melting brie on roast potatoes, then grilling them with parsley and spring onions – "One of the most tasty vegetarian dishes and it will probably cost you about 20p," he says.

Make a cheese sauce and store it for various future dishes. "It’s a roux, which is butter, flour, a touch of salt maybe, cook it out, a touch of milk, and then you can put any cheese in there, not just cheddar – mozzarella, gruyere, wensleydale that seems to always be on the cheeseboard. A mixture? Absolutely."

How to make Kenny Tutt’s Brussels sprout and cranberry pakoras 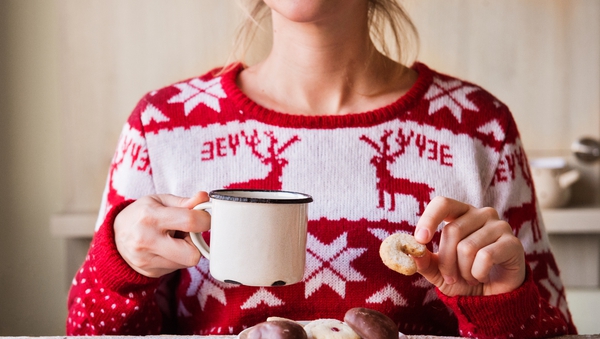 5 tips to stop food waste without spoiling your Christmas cheer