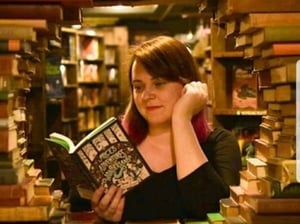 Dr. Caroline West is a sex educator and host of the Glow West podcast, which focuses on sex, sexuality and the body. Here she writes about weight bias and dating.

Recent discussions of fatphobia have appeared in headlines across the US surrounding Lizzo and Brendan Fraser's film The Whale, but fatphobia is very present in Ireland.

"We are all brought up in a society that demonises fatness and has certain preconceptions about fat people, which leads to negative stereotypes such as fat people being lazy or undisciplined, so of course those misconceptions affect who you want to date."

"The image of what is put forward as sexually attractive is thin, white, blonde and so on, so fatphobia shows up in dating because it shows in absolutely every area of life."

Ep 136 out now! This week I chat with @iemmahuman about #fatphobia and how it can impact sex education, sexual pleasure and safer sex

Social care worker, sex educator and 'fat liberationist' Emma Martin Kelly hears stories about fatphobia all the time: "My friends tell me that there is so much fatphobia in the dating pool, and it's such a barrier for them. You’re either being fetishised or admonished for being fat, and it takes a lot of weeding of the garden to find decent people."

Fatphobia is not something that many will admit to, however, Michelle hopes that people will take time to reflect on their dating preferences.

"People might say it's just their preference not to date fat people, without ever exploring where those preferences come from. Lots of the cis heterosexual men I have dated, who may have found me attractive and wanted to have sex with me, may also have not wished to date me because of that additional layer of objectification and misogyny that places a woman or a girlfriend as a status symbol."

"They are concerned about what it says about them as a man and their ability to date someone who is perceived to be of high social value. That is very dehumanising and very discouraging. Some of my exes told me they had been mocked by their male friends for dating a fat woman."

Researcher Kristin Rodier (2022) found that fat women can be hypersexualised and sexual violence against them is often erased or minimised.

Rodier suggests there are four main stereotypes about fat women’s’ sexual agency: (1) fat women are "easy lays," (2) they are not sexual (desexualized), (3) if they get sexual attention it is a "favour" to them, and (4) fat women are big enough to "take care of themselves."

While fatphobia can be found in both straight and queer communities, when it intersects with racism it can be particularly insidious. Sexual racism may be a relatively new term for many, but its realities are far from recent.

Exhibited around Europe, including Ireland, in the early 1800’s, Saartjie Baartman was a Black African woman sold into slavery by European colonisers.

She was advertised as the "Hottentot Venus' ' in travelling exhibitions and was used by white Europeans to reinforce stereotypes about the bodies and sexuality of Black Africans, particularly women. Her curves were showcased as a ‘freakish’ opposite to the European beauty ideal of pale and slender women.

Saartjie Baartman was a South African woman who was exhibited in English "Freak Shows" as "The Hottentot Venus". She died in 1815, and her remains were on public display right up until 1974. #ScientificRacism #BlackHistory pic.twitter.com/F8JgUV3TGV

Sex educator and speaker Dirty Lola states that knowing the roots of fatphobia is important to understand how it takes place today, and the racist focus on the ‘wrong’ bodies.

"Folks with bigger bodies are often seen as less than human, lacking self-control, and unhealthy. Though fatphobia affects all races, ethnicities, and genders, there is still a focus on Black bodies, namely Black women's bodies. Black women with larger, thicker, curvier bodies are constantly the target of ridicule while simultaneously being imitated and hyper-sexualized.

"We saw a rise in the popularity of BBLs and lips filled with filler over the last five years while also witnessing the body shaming of public figures like Lizzo and Serena Williams. This is a prime example of how fatphobia and racism are tied together. Even when the tide turns and we see a rise in thicker, more voluptuous body types, there are still rules around who is allowed to embody them and be deemed beautiful and who is seen as unattractive and unworthy."

In Fattily Ever After: A Black Fat Girl's Guide to Living Life Unapologetically, author Stephanie Yeboah offers advice on navigating the dating world while being Black and fat and finding self-acceptance amongst experiences of fatphobia and racism.

On the podcast Glow West, Stephanie outlined that the term 'body acceptance' is gaining more popularity as people experience the 'body positivity' movement to be limiting and not recognising that sometimes positivity is hard, so acceptance is a more achievable goal for many who struggle with embracing their body.

How can people unlearn their conscious or unconscious fatphobia? Michelle accepts that it can be difficult to unlearn our tendencies towards fatphobia, but she suggests questioning why you don't find fat people attractive and asks if "is it a set of preconceived notions in your head about what that person is, does, what other people would think or react if you dated a marginalised person".

"If so, I would challenge you to really push yourself out of that box and try to date outside of your comfort zone. Everyone has something to offer in this world and restricting yourself to those who the mainstream media deems to have value, is really doing yourself a disservice."

Emma agrees with Michelle, and hints at the possibilities present when people open their minds, especially when they get great education on body image: "People of all kinds of shapes are having sex, and that includes fat people. Everyone deserves to have a fulfilling sex life."

Regardless of size, everyone deserves respect and access to inclusive sex education and sexual support services. 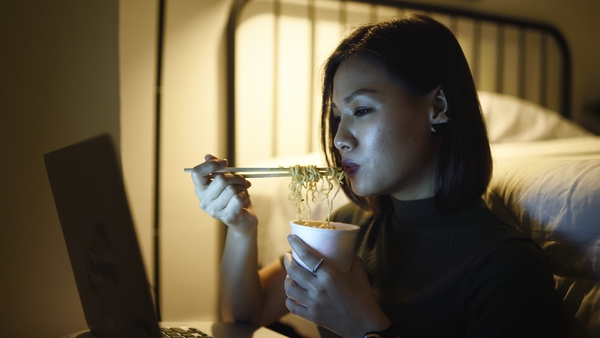 Does the media's depiction of food feed into diet culture?