For someone who is burnt out, a few night's sleep isn't going to be enough to set them straight.

There are different types of rest that we need for different reasons, but how can you know what kind of rest you should be prioritising? Jennifer Zamparelli spoke to Neuroscientist Brian Pennie to learn about how we can address burnout, address the causes of fatigue and get the rest we need.

Sensory rest, social rest and mental and emotional rest are the three types of rest that Pennie focuses on. "We can live in our heads, that's part of the problem, and when you live in your head you will struggle with mental torture. You will not be rested in your mind." He adds that mental and emotional rest in particular became a key focus for him because he was "always tormented and exhausted in my mind".

"If you're constantly thinking, telling yourself that you're useless, worrying about the future, always up in your head, you are going to feel emotionally drained." If this feels familiar, he says it's very common, and one of the ways to fix it is spending time in the present moment.

Having a conversation with a friend, going for a walk in nature and watching a sunset are all things that "bring you into the moment".

Pennie also has some "life hacks" for beating that kind of exhaustion, too. "Sometimes life is busy and we're worried about what we have to do, there's all these lists that we have, tick this box, tick that box", he says.

With that in mind, he adds that you can have a "priority list", rather than a to-do list. "At the start of the day, prioritise things that you have to do and it'll give you a focus. If you don't have a list you're trying to remember these things."

He refers to the Ironic Process Theory, which says that to forget about something you need to think about it first. Putting tasks down on a page helps you lift the weight on your head.

Pennie also uses what he calls his "distraction" list, where if something is popping up in his mind that's pulling focus, he'll write it down and leave it there. "What I'll find is, at the end of a day or at the end of a few hours things on that list are not that important".

Another tool he uses is a "not to-do list", which can help you remember things you do not want to do: watching negative news or spending time with people who drain you. Knowing to avoid these drains can save you a lot of time in each day. 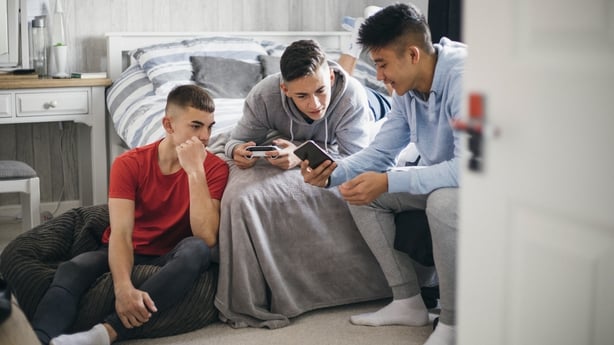 Sensory rest is another form of rest we should be focusing on, and one of the main culprits in derailing that rest is our phones. "We're constantly getting triggered or overstimulated whether it's the news, whether it's Instagram, whether it's emails. People are watching TV and YouTube and it's sensory overstimulation.

He mentions the app Freedom, where you can lock yourself out of certain apps to avoid them draining you. "I've heard of people buying these boxes that they lock up, they go into the house and they put their phone in a lock box, and it locks for three hours. That is the challenge we're facing right now."

Pennie says he noticed sensory overwhelm in himself when he wanted to check his phone when stopping at traffic lights while driving. "I created an intervention for myself, but it started with me putting my phone in the glovebox."

With that in mind, what age does he think children should be given access to phones? He told Jen that 12 was the age that came to mind, once they go into secondary. "It's really challenging because their friends will have the phones and it'll be pulling at your heartstrings because they don't have it", he says.

As for social rest, Pennie says that it is "potentially the most important" form of rest for us. "It all does tap back into mental and emotional rest. If you have people who trigger you in your life, you're going to be mentally and emotionally tortured by people who are going to drain you.

The first step to doing that is, cut the feed of people that are going to drain your energy. "We're trying to get rested." Pennie says he tries to keep gossiping, condemning and complaining out of his life, and says if you're around people who are constantly doing that, it will drain you.