In Queer History Lessons, comedian Shane Daniel Byrne is teaching us all about LGBTQ+ history, from flags to voguing and everything in between. In today's episode, we're learning about the ballrooms of New York.

You know voguing, you know how to throw shade, and you know that having someone shout "YAAAASSSS QUEEN" is the highest form of hype you will ever receive. But did you know that these actions and phrases that have made their way into popular culture, and so many more, can all be accredited to the 1980s underground New York ballroom scene of the black and Latin queer and trans subculture.

New York City, often named the birthplace of drag culture, is reportedly home to the first 'queer masquerade ball' in 1869 hosted in The Hamilton Lodge in Harlem. This is where the deep-rooted heritage of ballroom culture, that continued through the 1920s, begins.

Following events like the Stonewell Riots, or Stonewell Uprising, of 1969 in Manhattan which was instigated by trans and lesbian women of colour by the 1970s and 80s progress was being made for western LGBTQ+ equality and drag began to take on a new life in the Harlem ballroom scene. Black queens like Crystal Labeija and Paris Dupree carved out a space for queer and trans people of colour who had been overshadowed even within LGBTQ+ culture. 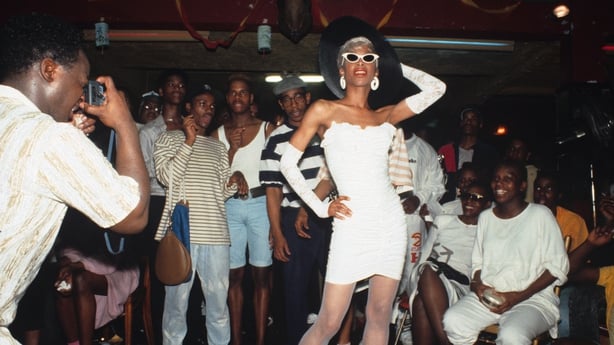 These extravagant pageants were a place of self-love and experimentation, but they were also a very structured form of fierce competition. Different ‘Houses’ were established to compete against one another. Each house was structured like a family with a head of house - known as the mother or father - providing support and guidance for the younger members - their ‘children’ - and the houses often served as chosen families for those who had faced hostility from their own.

These balls had different categories of competition based on performances, costumes, catwalks and the famous voguing – which was a form of ‘fight’ or ‘battle’ with an opponent where you had to outdo their poses. Ballroom developed its own rich and vibrant language that was used throughout these competitions.

Phrases like werk, realness, throwing shade and dance styles like dipping and voguing that have been appropriated by mainstream media can all be traced back to the ballroom scene, which is predominantly made up of trans people of colour, and sadly they are often overlooked for credit.