In Queer History Lessons, comedian Shane Daniel Byrne is teaching us all about LGBTQ+ history, from flags to voguing and everything in between. In today's episode, we're learning about the secret codes of LGBTQ+ history.

We know about the rainbow being a symbol of pride that can be displayed on flags, stickers, clothing, badges, boxers; you name it. But before you could display this loud and proud, and before Grindr was around to find matches, the LGBTQ+ needed more coded ways identify themselves as queer to other members of the community.

Flowers are one such symbol that have a long-standing history in LBGTQ+ history. Violets were associated with the ancient Greek poet Sappho and in the 1920s women would gift the flowers to another woman to express an interest in a romantic relationship.

The green carnation became a queer symbol in 1892 when our own Oscar Wilde asked his friends to wear them to the opening night of his comedy Lady Windermere's Fan. From then on, wearing a green carnation in your lapel was a coded way to tell other queer men that you were gay. And today it is used as the logo for the International Dublin Gay Theatre Festival.

As well as visual symbols language played an important part too. A coded language was used in lonely hearts-booklet 'The Link’ a 1915 publication that allowed LGBTQ+ people to search for romantic partners by using words such as ‘unconventional’ or ‘bohemian’ to describe themselves or would make references to known LGBTQ+ figures, such as Oscar Wilde. 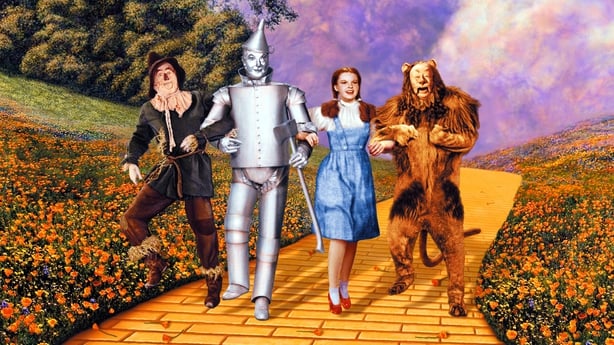 Another phrase that was widely used to describe someone as gay was a ‘friend of Dorothy’. This phrase has been recorded as far back as WWII. It is mostly credited to be based on Dorothy from The Wizard of Oz.

The theme of Dorothy accepting and befriending people who don’t fit the "norm" resonated with the queer community with Judy Garland herself becoming a defining queer icon. Although the meaning of the phrase may now be common knowledge, for a long time it was only the community who was in-the-know, so it became a safe way to tell someone else you were gay without risking outing yourself to someone who may not be accepting of it.

This phrase in fact, caused the U.S navy to launch an extensive investigation to find ‘Dorothy’. In the 1980s, a man named Melvin Dahl was discharged from the navy for being homosexual, and after he made a comment that there were lots of other gay men in his base, the Navy sought to find and purge all of these men from their ranks. Charming.

A New York Times article from 1993 states that "Agents of the Naval Investigative Service (N.I.S.) discovered that homosexuals sometimes referred to themselves as "friends of Dorothy."...The N.I.S., however, did not know the phrase's history and so believed that a woman named Dorothy was the hub of an enormous ring of military homosexuals in the Chicago area. The N.I.S. prepared to hunt Dorothy down and convince her to give them the names of homosexuals."

They never found Dorothy, and wasted millions of dollars in the search for her. However, the late 1980s still saw a great number of gay people expelled from the military.