Being a woman with money has not, historically, been easy, if what we see in films and magazines is anything to go by.

From the overly ambitious and much maligned 'Girl Boss' stereotype, to the spendthrift airhead that populated the rom-coms of the early naughts and everything in between, portrayals of working women have so far been largely complicated.

That is, of course, because money is complicated. Earning it, saving it, sometimes spending it. But why? 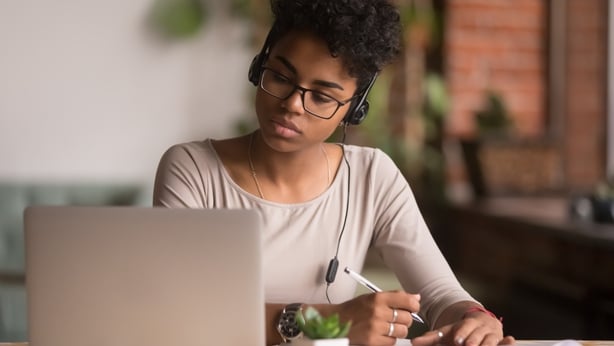 "We're not educated about it", says Áine Cullen, a senior financial advisor with askpaul and Pax Financial. "There is nothing in our national curriculum [about money management.] I think it's very hard for young people in general, not just women at the moment, without proper education to really know where the pitfalls are."

With little to no education on it – unless your friends and family are willing to pass on their money management skills – many people have turned towards social media to learn the ropes.

Though Áine says they get all kinds looking for advice in askpaul, from "people having come through college in their early 20s all the way up to actually approaching retirement", a niche community has sprung up in particular for women, especially young women, with a new role model to aspire to: the financially stable and independent woman who learned how to make her money work for her.

Women are also more "cautious" by nature, she says, which is the double-edged sword. "We don't tend to invest as much, but when we do invest, we are actually better investors because we tend to be less likely to change our investment strategy." The challenge many face, however, is "the knock on effect that we take more time out of work" due to maternity leave or family commitments, such as caring for relatives. "We know there's a gender pay gap, that we are earning less, but we're trying to do more with the money that we have."

The real life aspect of this is that if women live longer, as statistics show they do, it's very likely they will eventually have to be financially responsible for their own money and money management.

So how can you start safeguarding your financial future, as well as your present? Áine says it can be as small as putting 5% of what you earn into savings.

"Ideally, 10% but 5% of everything you earn should automatically have to go into savings. We should not be living beyond our means if we want to put ourselves into a positive financial position.

In years gone by, this might have been known as a "running away fund", the nest egg a woman would save up if ever she needed to flee an unhappy marriage or relationship, when being financial independent as a woman wasn't as possible. Now, it's become more normalised for a woman to have her own money in a relationship, but Áine still sees some worth in that passed-on money lesson.

"I do agree that even within a marriage, within a relationship, both parties, not just the female, should have independent savings", she says – something you don't touch but that can be easily accessible. 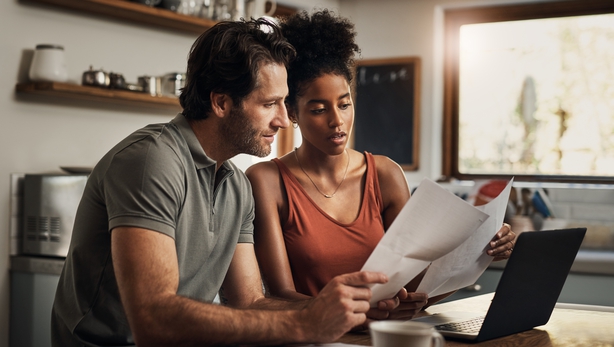 The one area that Áine sees some women tripping up is navigating money in the workplace. "Definitely females who have excelled in the career workplace, who have gone up and maybe corporate ladder that are on the bigger salaries, I would definitely see that they wouldn't be as open to discussing their money for fear that maybe that they're on a lot higher than some other female colleagues."

Opening up conversations about salaries can be daunting, but Áine says start small: "I think the easiest part is that if we all have annual reviews, but first of all, you ask for a pay increase because then it puts it on the table.

"I think if collectively as females, we all, during our annual reviews are aware of the value we're bringing to our jobs and can put that value in a list of terms as to why you believe you are actually valued and due a pay rise, I think that's the start.

"If you're doing outside education, is your boss aware of that? In terms of being able to move sideways within a company and also not being afraid to actually look at the job market, see what other people in a similar industry are getting paid."

Speaking with friends and family about money can lead to simple hacks for getting the most out of your income, such as with pensions. "People in their 20s, 30s, 40s, traditionally, we don't stay in the same job for more than five to six years anymore. There's a lot of paid up pensions", Áine says.

Not everyone is aware that some employers will "match whatever you put in up to 3% or 5%. If you don't join, you're giving up free money".

Talking to a friend might also let you in on the secret that saving money, if even possible, isn't the be all and end all. In fact, saving your money might not be the wisest move for you. "We have billions sitting on deposit at the moment in savings, and the problem is inflation", Áine says.

"If somebody has money that they do not need for at least kind of three to five years, it shouldn't be sitting on deposit. You are guaranteed that your money is going to devalue over the next five to 10 years because of inflation. So even sitting on deposit in cash, it is actually taking a risk with your money."

Investing has become more accessible in recent years, but for someone looking to dip their toe in, how should they start?

"Get advice on it, but also to look at a multi asset fund where you have a fund with different companies in different geographical regions and at a level that you're comfortable with investing", Áine says. "If you have a lump sum, you can put that into the market and we can drip feed it into the market under what's called auto invest.

"You don't need massive salaries, you don't need kind of massive investment experience. It's about if you can save and ideally forget about your €100 or €200 a month."

That said, if you've outstanding debts, it's best to clear those first before starting to invest.

Working on your financial wellbeing is less about how much you have and more about the habits you form, Áine says, so getting plans in place is always the best starting point, as well as talking more about money and how it works.

"Don't be afraid to talk about your money", she says. "The more we speak about it, the more we question things, the more we bring it out into the open, the more educated we are all going to be about it."