Of that number 75,587 reported cohabiting couples in Ireland are living with children nationwide – an increase of nearly 24% up since 2011.

Non-traditional families were previously not provided with any legal status and so do not have the same legal rights as married couples as are provided under the 'Marriage Act 2015'. Under the ‘Civil Partnership and Certain Rights and Obligations of Cohabitants Act 2010’, a milestone for cohabiting couples, this Act provides cohabitants with extensive information on further entitlements, such as maintenance, property, and inheritance rights. However, cohabitants still need to consider the important implications that arise on death of a partner (succession), and Tax liability.

If you are married or in a civil union in Ireland, under the rights of the Succession Act 1965 any assets jointly owned pass on to the surviving spouse or civil union partner. Simple.

The problems arise when you are not married and chose to live together, there are tax implications on your joint assets if one partner dies. Since the ‘Redress scheme for Cohabiting Couples’ was introduced, surviving cohabitants can make an application to the court for the provision of the estate of the deceased partner (in this example a court order is exempt from inheritance tax).

Take for example, as a cohabiting couple you bought a home together (say €500,000 value), took out a mortgage (say 80% loan to value €400,000) but decided against formalising the partnership preferring to stay single. You would have taken out joint mortgage protection (mandatory if you are under 50 years old) and if one of you die before the mortgage is paid off, the balance is paid off and you have an unencumbered home. However, let’s say the balance of that mortgage was down to €200,000 while the value of the home remained at €500,000…

Essentially, if in this case one of the partners dies, their half i.e. €150,000 automatically goes to the other joint mortgage holder as they are joint owners or joint tenants…

But, as you are not related to that partner, you can only inherit up to €16,250 tax free. Anything over this amount is taxable at 33%.

So in this example, apart from the horror of losing the partner, there is Capital Acquisition Tax (CAT) tax to pay:

Therefore, you will have to find €44,137.50 to pay the CAT tax liability from your partner’s inheritance to you.

There is a way around this – the Life of Another is a Single Life policy that each partner takes out on the other partner and each pays the other partner’s policy premiums. The sum assured would be for the amount of tax payable – in this case €44,137.50..round it off to say €50,000 to pay for funeral expenses etc. Now you can keep the home without firstly having to find a way of coming up with the CAT to pay but also not having to get married! 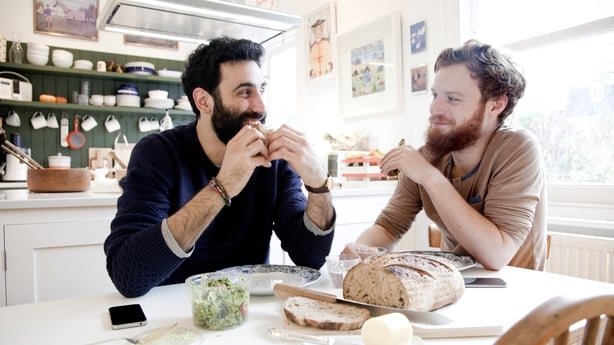 Even for those couples who are not married, take out a mortgage but do not intend getting married for another 5 years, they are at risk. A 5 years life policy will sort that out.

Those couple with children, married or not, should also have a separate stand alone life policy that covers their children should one or both parents die up until their completion of 3rd level education – that’s supposedly when dependency ends…at least that’s what they say.

Speaking from experience it never ends but that’s one of the joys! Email me if you want further information.