If you’re prone to drinking half a cup of coffee and pouring the rest down the sink, the excess could give a boost to your houseplants in winter and beyond.

Experts at WeThrift say coffee can be a great fertiliser for your plants because it contains some of the essential nutrients they plants need, such as nitrogen, potassium, calcium and magnesium.

RHS chief horticultural adviser Guy Barter agrees: "Undrunk beverages can be beneficial. Lots of people empty the teapot contents once they are cool onto their houseplants."

So, which leftover liquids will really make a difference? Here, experts unravel the fact from the fiction…

"We did some research and found tea and coffee are quite good for plants. They contain a modicum of nitrogen – but if you put milk in your drink it can get a bit smelly and rotten in the soil, although it’s alright for outside," says Barter.

If you take sugar in your coffee, that may reduce the beneficial effects to your plants because it can lock up nitrogen, he warns. In that case, add ordinary fertiliser if plants go a bit yellow. Try to avoid using coffee which has had milk or cream added if you’re going to deposit your dregs on houseplants.

Putting coffee grounds into your compost heap is an organic way to give plants a huge boost, according to experts at WeThrift, who add that coffee grounds can also be used for most houseplants.

But they warn against over-feeding plants with coffee, only giving them a boost about once a week. Acid-loving plants such as azaleas, hydrangeas and bromeliads prefer coffee to other plants like roses, which can end up with a burnt stem if they are overfed. 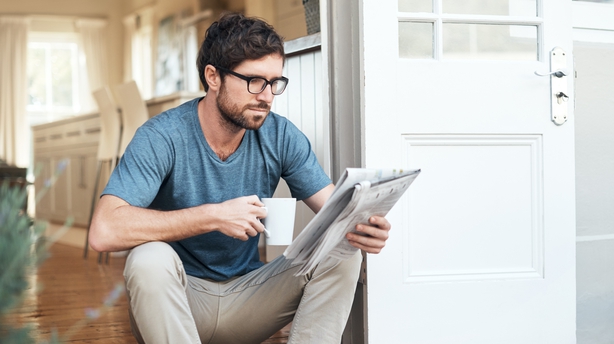 "Tea is slightly acid, although if you have really alkaline water, that might reduce the acidity. People have historically used it on their indoor azaleas and gardenias and it’s thought to be good for houseplants," says Barter, although again try to avoid using milky tea.

However, a Which? study in 2010 found it’s unlikely that much of the nitrogen in tea is actually available to plants and that tea also contains aluminium, fluorine and manganese, which are harmless to people but high concentrations in very strong or stewed tea could stunt plant growth. It concluded that tea leaves are best put on the compost heap, rather than around your plants. While most people tend to use beer to attract slugs into beer traps in the garden, some have taken to pouring it on their plants. The idea is that the acid in beer will kill pests, and the sugar and yeast will add beneficial soil microbes, assisting growth.

However, there doesn’t seem to be much substance to claims that it boosts the life of houseplants. "I don’t think it contains much nitrogen or plant food, so I wouldn’t have thought it’s a good substitute for regular houseplant fertiliser," says Barter. Fizzy drinks tend to contain sugar, which prevents plants from absorbing nutrients, so don’t go pouring lemonade or cola on your houseplants.

"In the old days when lemonade was very sugary, it was excellent for putting cut flowers in because it’s acid, which stops the bacteria, and had sugar in it which would feed the stems. I’m not sure modern lemonade would do that," adds Barter.

Research shows that carbonated mineral water may be better, as it commonly contains many of the macronutrients hat are essential for healthy plant growth.

Carbonated water which has gone flat can also be used on houseplants, but make sure you don’t pour it on your plants straight from the fridge, as this may send them into shock. "Using old washing up water to water your plants outside the back door shouldn’t do any harm. There will be a certain amount of phosphorus in it, but it might be too grubby for indoor plants," Barter advises.

At the end of the day…

"I can’t think of anything that’s a really good substitute for proper fertiliser," says Barter.