Over in the UK, supermarket chain Morrisons has announced plans to scrap ‘use by’ dates on milk. From the end of January, the supermarket chain will instead put ‘best before’ dates on 90% of its own-brand milk and encourage customers to use a ‘sniff test’ to check quality in an attempt to reduce food waste.

"Good quality well-kept milk has a good few days life after normal ‘use by’ dates – and we think it should be consumed, not tipped down the sink," said Ian Goode, senior milk buyer at Morrisons.

Goode added that the supermarket was "asking customers to decide whether their milk is still good to drink. Generations before us have always used the sniff test – and I believe we can too."

So does that mean you can follow your nose to determine the freshness of all foods? We asked an expert… 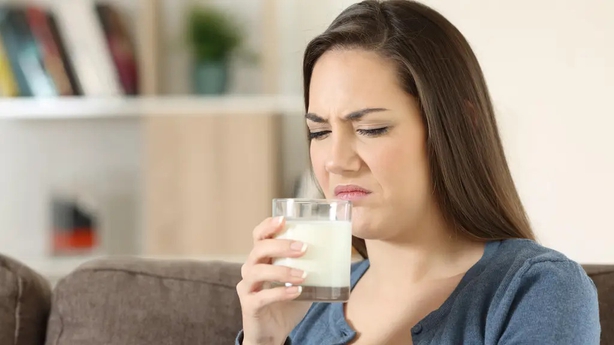 What is the sniff test?
"Historically, before food safety came along, people would test whether or not food had gone off by just having a look at it and having a sniff of it," says Professor Tim Benton, food systems expert and research professor at the University of Leeds.

Humans have "evolved quite sensitively the ability to smell things that are putrid" – meaning they’re "full of bacteria and they might do us harm", Benton adds.

In the case of milk, he explains: "If it goes bad, it turns into yoghurt. So it smells like yoghurt, goes sour, and depending on the kind of fat content, it will go a bit lumpy."

However, even if your milk does go a little sour, that doesn’t automatically mean it’s hazardous: "Since we started pasteurising it and the way that we keep it… the chance of it actually having contamination from harmful bacteria is very slim," notes Benton.

When is it safe to use the sniff test?
As a rule of thumb, as the wording suggests, foods with a ‘best before’ date are generally safe to apply the sniff test to, while those with a ‘use by’ date are not.

"Stuff in your store cupboard, like cereals, biscuits or whatever, won’t have a ‘use by’ date, they have a ‘best before’ date," says Prof Benton. "And the point here is that the ‘use by’ date implies that there is a microbiological hazard associated with not using it in time."

Benton says his 2021 Christmas pudding had a ‘best before’ date of March 2018 – but he still decided to give it a go! "There’s nothing in a Christmas pudding that can go bad from a microbiological perspective. So all I did was soak it in a bit of brandy and it was perfectly all right."

Of course, you still want to apply your own sensible judgement – whatever the label says. It’s also really important to be very careful with high-risk foods and always abide by the ‘use by’ date.

Prof Benton says: "The main cases, where there are nasty bacteria like campylobacter or salmonella, are typically meat products or products that have been cooked and left and reheated. The standard advice would be never reheat something more than once."

It’s also important to be careful with cheese: "We’re not so good at sniffing listeria. The advice that pregnant women shouldn’t eat soft cheeses stays the same," he says.

What about mouldy foods? The sniff test can help you smell when something’s not safe to eat, but what about judging by sight? Should you always throw away mouldy food?

Not necessarily, says Prof Benton: "Most of the time, the sorts of airborne spores that you get [on food], we are breathing in. We live with them all the time and we can cope with them."

Of course, this isn’t to say you want to start ignoring things like mould altogether – some types of mould can be harmful and it’s important to store food appropriately and pay attention to guidelines on things like reheating safely.

If you spot a bit of mould on a loaf of bread though – after you’ve already taken a bite?

According to Prof Benton, you probably don’t need to panic: "Mouldy bread is not poisonous. It just doesn’t taste very nice."

Ultimately, if you want to prevent food waste, providing you are still being sensible and careful, Benton believes it is "much better to eat things that are past their ‘best before’ date, rather than throw them away and have to buy new stuff."