Restlessness seems to be a theme here in London. It's a transient city in any case but the arrival of Covid has accelerated life decisions to move out of the city or out of the country. And it’s not just London – some of my friends in Ireland feel the same way. Everyone’s looking for a better life. People have itchy feet.

Once upon a time I was just as restless. Desperate to get out of Ireland and explore the world. As a child I was hugely privileged. My father (since retired) was a pilot and often took us with him on trips. These journeys were often last-minute and much to my delight, frequently took place in the middle of the school term. I lost count of the number times I’d be given a hastily written note for the teacher saying, 'Emma’s absence from school was due to illness,’ while trying to field suspicious questions about the origin of my deep and sudden tan.

As the late teens approached, I couldn’t wait to do more travel. I announced grandly to my parents that I planned to study English in the prestigious Berkeley College in the US, only to be brought down to earth with a serious bang: ‘And who’s going to be paying for it?’ So, I went to UCD instead and partly satisfied the travel bug with a summer in San Francisco thanks to one of society’s greatest inventions: the J-1 visa.

After college, a move to London followed with work trips to New York and Chicago, long stays in New Zealand and Australia before heading back to London again. I met my husband in my late twenties, bought a house, and became pregnant – clear signs of settling down. But no. I still yearned to live abroad.

So, you can imagine my excitement when my husband’s company offered him an opportunity to move from London to New York. It was 2011 and ex-pat deals were thin on the ground at the time, but we were being flown over and offered temporary corporate accommodation in midtown Manhattan until we found a place of our own.

It was the opportunity of a lifetime.

At that stage my daughter was nine months’ old and I would have done anything to break the monotony of circling the park three times a day, in a desperate attempt to stick to her sleep ‘routine.’ But more crucially, it was New York – the city I loved the best: the electricity of the place, the nightlife, the shopping!

Two weeks after we arrived in Manhattan, I told my husband we had made a massive mistake. This was not the buzzy, cocktail-infused, shopping bag-laden Manhattan I remembered from my twenties. This was midtown Manhattan. With a baby. And no mum tribe for support.

As the summer went on, the temperature rose to record heights, and so did my anxiety. The city was too hot, too noisy, too damn crowded. In my frazzled, overwhelmed and overheated state, everything seemed like a battle. It wasn’t long before I realised that just because other people speak English doesn’t mean we’re all speaking the same language.

I learned to harden my soft Irish ‘t’s’ to avoid the blank stares of the shop assistant in the local chemist so he wouldn’t reply with a bored ‘Wat?’ whenever I asked for a bottle of water. I learned that I would be met with a disinterested shrug when I was trying to find an item in the grocery store (stock cubes are called ‘bouillon’ by the way). And I discovered that asking for a cream cheese bagel without specifying the ‘toasted’ part means the arrival of a cold, hard bagel with a tub of cream cheese on the side – and no tolerance for correction.

These minor incidents fuelled the lingering anxiety, merged with the crushing loneliness, and bubbled up into a cocktail of white-hot anger. In a city where the slightest altercation can go from zero to one hundred in the space of a millisecond, my rage barely registered. Like the time my giant black bin-bag of laundry split open while I was crossing a busy street. Flushed with heat and temper, my daughter cradled on my hip, I awkwardly tried to sweep everything back into the bag with one hand, in front of a group of expressionless onlookers. Nobody helped.

I shouted at them. They remained impassive.

And after that I shouted at everybody, taking the slightest infraction deeply and unnecessarily personally.

‘You’re WELCOME!’ I cried when yet another too-important-to-pause brief-cased individual failed to thank me for holding the door open.

‘Get out of my way!’ I yelled on the crowded subway, my daughter weighing heavily in the sling, when people blocked my path.

‘Hey, cheers for your help,’ I sneered at the guy in the wine shop who refused to exchange a corked bottle of wine (I’m no expert but I know when something tastes like a mixture of sawdust, damp dog, and wet cardboard).

And do you know something? The rage worked. Briefcase- man mumbled ‘thanks’; the crowds parted on the subway without a murmur; and the wine guy just shook his head when I took another bottle from the shelf and walked straight out. But it was exhausting and stressful and, although I am pretty impatient by nature, being permanently up to ninety just wasn’t for me.

Eventually, we moved to the suburbs, where the pace of life was slower. I made a few friends and finally started to settle. During that time, we survived a hurricane, severe flood damage, and very little social life. We lasted 18 months.

Looking back, we did the ‘trip of a lifetime’ at the wrong stage. If I’d gone in my twenties, it would have been a different story. Back then, I had the confidence of the footloose and fancy-free – nothing to lose. No baby in tow. No reason to feel so threatened.

But I don’t regret it. We may not have made it in Manhattan but if we hadn’t moved over when we did, I would still be restless now.

The trip made me realise that swapping the bright lights of the big city for the peace of the London suburbs wasn’t such a bad thing. Maybe the life I already had was the one I wanted all along. Having said all that, although it’s been twenty years of London living, I still haven’t ruled out moving back to Ireland one day.

Perhaps there’s still a bit of restlessness in me after all. 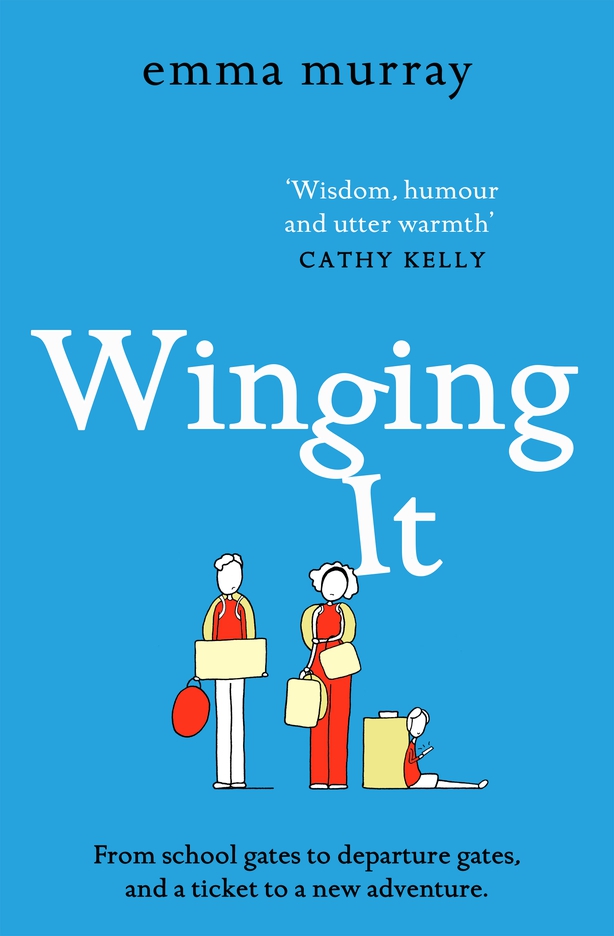 Emma Murray is an author from Dublin, now based in London. Her latest book Winging It will be released on December 2nd.