According to new research in NUI Galway, there will be a 'significant population' of false widow spiders in every county in Ireland within the next two decades.

ICU Nurse Sarah Kearns joined Jen Zamparelli on RTÉ2FM to discuss the country's most common spiders, why they bite us, and what to do if you get bitten.

"The two main types of spiders that are really common in Ireland, in urban areas in particular, are the giant house spider - they can go up to 12cm in diameter, that's pretty big for Ireland - and then this false widow, they're new enough."

Since arriving in 1999, the population of false widow spiders has grown in Ireland because, according to Sarah, they can live for five years and can lay "up to 800 eggs a year".

Anyone else feeling queasy? 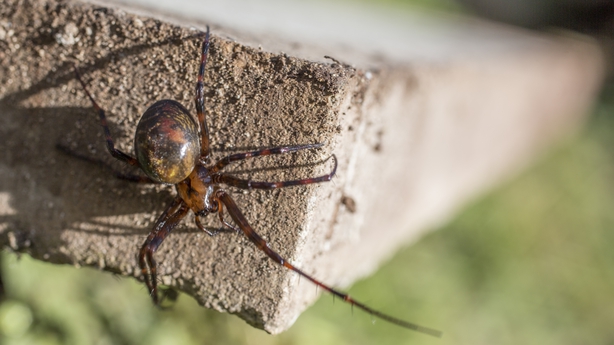 Although the false widow spider is in the black widow family, the ICU nurse reminds listeners that their venom isn't fatal. And although the bites may be "nasty", they won't kill you.

In saying that, however, some rare cases may need medical attention.

"Some people get really bad bites and some people get minor," she explains. This could be down to the person being bitten or even the size of the spider... and their fangs.

"Bites can go anywhere from a tiny, little red bump right up to nausea and vomiting. Redness and swelling in the area is normal and, usually, that dissipates quite quickly, but people can develop nausea, vomiting, headaches, body tremors, cold and hot flushes."

"Occasionally, it's rare, but people can get really bad bacterial infections and necrosis - which is death of the skin tissue - and then some people end up in hospital for a week on antibiotics. But that is a rare scenario."

What to do if you are bitten by a false widow spider?

If you're worried about a bite, Sarah recommends that you draw a circle around the area and see if the redness spreads over time. You can also visit your local pharmacy for advice.

If you begin to experience nausea or vomiting or any other severe symptoms, you should seek medical assistance immediately. 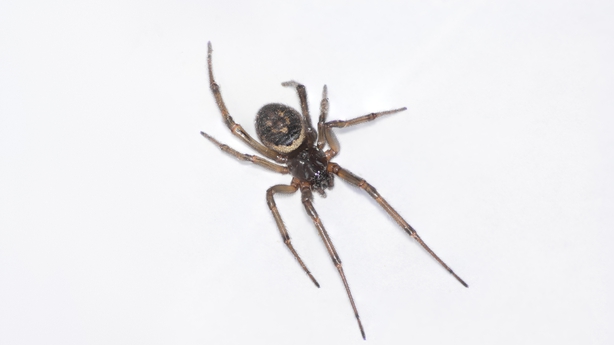 When Jennifer asked Sarah why spiders are biting us in the first place, she came back to the old adage: 'They're more afraid of you than you are of them'.

"They're not aggressive spiders," she explains. In fact, she says that 88% of bites happen because the spider is trapped in clothes or in bed sheets which leads them to becoming scared and defensive.

So, it might be an idea to shake out your duvet before tucking yourself in for the night. Especially because, at the moment, our houses are particularly attractive to these eight legged creatures.

"Our house is basically Love Island for spiders at the moment," laughs Sarah. "They don't like the cold, and they want to have babies, so they retreat into our warm houses into sheltered areas to lay their eggs - that's the women spiders. Then the boy spiders are coming in looking for women. Basically, they're procreating inside our houses."

To learn more about the false widow spider and how to identify them, listen back above.