Opinion: Kate Demolder explores the complicated role gossip plays in our lives, and how the pandemic made us hungry for more.

Rumour has it, the Oscar-winner leant back, closed his eyes and signalled for her to keep going. The king of the world, indeed.

Why does this appeal to me? I don’t know DiCaprio, nor the person he’s with, and care little for earphones or vaporisers. But in a time when little else is available for me stimulation wise, hearing how a 46-year-old reaches for props mid-coitus feels like lightning striking twice – first for the recent conquest who gets to share their tattle, and second for me, who gets to live it. 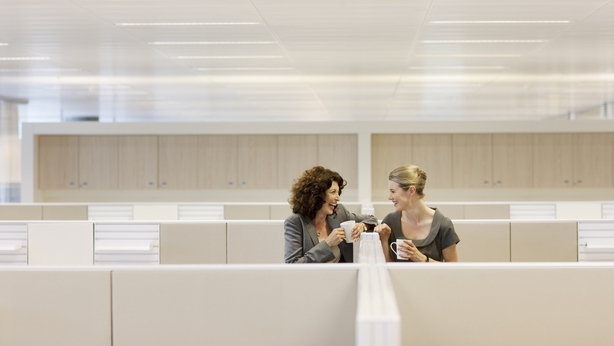 Gossip and all of its trimmings have found a place to blossom within the confines of the pandemic. No-one expected to mourn the loss of idle office chat, but we did and we do – meaning that in its absence, celebrity gossip has been particularly compelling.

We think of gossip as a bad thing, but it tends to actually reside within the neutral walls of "talking about people who aren’t present", according to a number of modern day scholars.

"It’s not necessarily negative," muses David Ludden, professor of psychology at Georgia Gwinnett College and the author of The Psychology of Language: An Integrated Approach. "It can be positive or neutral," he tells TIME Magazine.

American novelist and self-ascribed archaeologist of gossip Edmund White’s definition of the term is "talking with and about your friends about the good and the bad things in their lives", creating "clarifying moments of discovery" from intimacies and new understandings.

And he’s right, according to social science, which says that the act of gossiping actually performs a positive social function – which is why children are adept at the act from age five. It allows us to judge who is trustworthy, who we want to emulate, how much we can get away with, and who are likely allies or adversaries.

In this way, listening to gossip contributes to our development as ethical, moral members of society. Which is likely why, when societal norms are stymied by way of a global shutdown, gossip rises to the top like the cream on the proverbial milk of grasping control.

Further proving this is the unprecedented (sorry) rise of gossip platforms since March of last year, soothing insatiable audiences in an ungovernable time. Instagram gossip accounts, a Gossip Girl reboot and even the New York Times have undertaken the Sisyphean task of feeding the masses in times when even flour is in high demand and blurring the lines between supplier and consumer.

The culmination of this can be seen, as with most things these days, online. Deuxmoi (@deuxmoi) is a private-yet-popular gossip account beating TMZ to the punch for breaking stories on an almost daily basis.

"Curators of pop culture," the account’s bio reads, alluding to the wide-ranging, easily shareable rumours with four-quadrant appeal it shares daily. Featuring ‘blind’ stories (where all details are given but the name) as well as celebrity sightings and tales of salacious hook-ups, Deuxmoi has been praised for reimagining tabloidism in unfussy, jocular ways, presenting gossip at turns like a puzzle to be indulgently toyed with, and a record of harmless hearsay.

Learning about deuxmoi has completely derailed my week

"I started posting celebrity gossip and blind items from different websites," the unnamed owner of Deuxmoi told Paper. 'There was no initiative behind it, it was just what I did when I was bored. And then when we all went into quarantine in March, I had a lot more time on my hands, so I was posting more. None of this was planned.'

Paralleling this is the Gen Z take on the infamous noughties phenomenon that was Gossip Girl. Still stylish, soaked in privilege and sitting on the steps of the Met, 2021’s take features a healthier take on LGBTQ+ storylines with a number of non-white actors as leads. And according to Entertainment Tonight, some of the characters may even live in Brooklyn. Quelle folie!

The Great Gossip Homecoming should come as no surprise to anyone who’s been listening. The two most prominent world leaders at the time of its reinstatement – BoJo and Trump – have made livings from manipulating gossip tabloids, the former a previous columnist with an 'unknown' number of offspring, the latter the lead role in countless Page Six exposés.

An accelerated normalisation of rumours, hearsay and gossip in this way can only bolster it up in a hugely significant way. It means we look for it, consider it and no longer rule out members of society who we thought were immune. A confusing narrative to follow given the dangerous and all-consuming storyline gossip took on in the noughties, the political application of the same has elevated it to something even more socially important, still.

Of course, gossip can boast real-world significance, too. We’ve seen it throughout history: In Ancient Greece, slaves turned to gossip for what little recourse they could hope to find in the courts of Athens (where they weren’t even allowed to appear); in sixteenth-century Venice, gossip was used to patrol neighborhoods and keep civic peace and even to cure illness in Ancient Greece.

In the modern workforce, gossip is shared as vital information among ground-floor staff to be used as a form of security. As transactional as it is self protectional, this form of personnel-based hearsay has ramped up significantly since lockdowns deemed a growing number of workers non-essential.

And, it’s grown legs online, by way of anonymity and grassroots-style camaraderie. The Shi**y Media Men list, the now-defunct Condé Elevator Twitter account and multiple statements from media unions are all providing crucial information to those traditionally kept out of the loop.

Indeed, for the marginalised, gossip is survival. "Gossip about which men are dangerous, which men you shouldn’t go on to lunch alone with — that sort of information is currency that women use to protect one another," former BuzzFeed writer Anne Helen Petersen told NPR in 2017.

What is especially interesting about such a renaissance is the shrewd rebrand gossip has undergone. Once pinned as the cause of death for Princess Diana, the act of sharing stories is now seen as accommodating, helpful and, dare we say, important. This, this writer thinks, was likely due to the huge technological shift seen since the late nineties, which has brought our own lived experiences to the helm, rather than those of celebrities.

Now in an era where celebrities can control their own narrative by way of social media, tabloids can no longer count on lucrative paparazzi shots and pregnancy announcements to stay relevant – instead opting for grassroots-adjacent observance.

Celebrities know gossip is integral to their public persona business strategy – ‘There is only one thing in life worse than being talked about, and that is not being talked about,’ Oscar Wilde once famously said – but manipulation of that strategy is paramount to stay ahead of the tragedies of tabloids past.

In this way, a social role for gossip comes to the fore, allowing celebrities to signal things related to their character for sharing, rather than be used in tabloids as a profitable exercise.

The way that the anons at @deuxmoiworld first broke this story weeks ago 😭 https://t.co/XwUh2dmJQ1

This is where the likes of Deuxmoi and Pop Crave come in, acting as a modern-day version of the Us Weekly’s "Stars — They’re Just Like Us!" column. Lighter, anecdotal and largely innocent, such tales eschew the former point-and-laugh narrative, instead leaning into obscure details such as sandwich orders and skincare routines. Intimate, fly-on-the-wall details we crave from the daily life we once knew. When else would we ever care about James Franco’s beer-of-choice or whether Bill Hader has soft hands?

High-brow or low, gossip proves most prudent as a form of community-scaping, most especially at a time when sociability has never felt further away. Rather than being trivial, superficial, or cruel, a surprisingly large body of evidence indicates listening to gossip is an intelligent activity and essential to adaptation.

As for news-mongering post-pandemic, it’s anyone’s guess where our minds will be. Perhaps overexposure with real-life socialising will quell the need to speak freely about others. Perhaps we’ll be too busy to care. All this writer hopes is that it will be Trumpless, Johnsonless and resplendent with Wilde-esque approaches to beat the band. We can resist everything but temptation, after all. 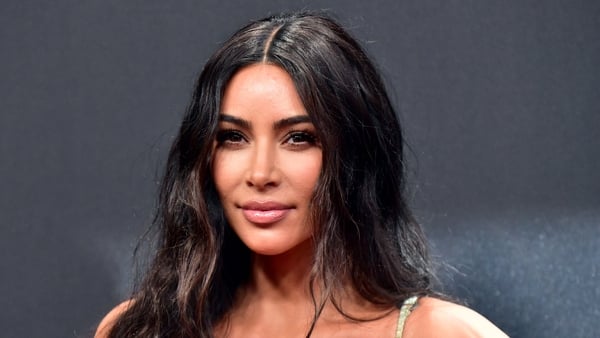 Solo, spinster, self-partnered – what do we call a single woman? 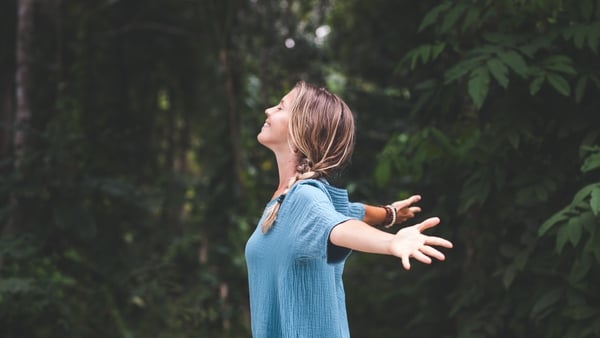 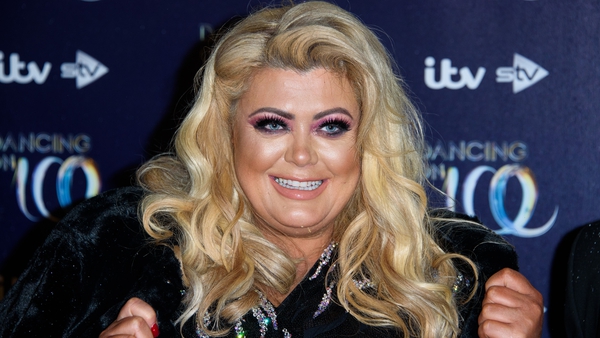 Kate Demolder: In praise of the loud, messy woman 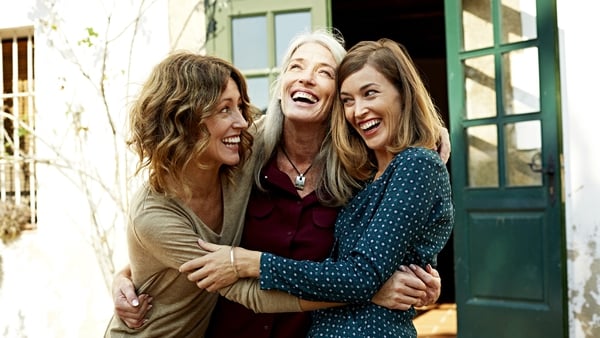 Kate Demolder: Why we all turn into our mothers, eventually