When we see tiny babies responding to music and wiggling to a beat before they can stand, we are looking at proof that human beings are born to dance. That's according to Dr. Peter Lovatt (also known as 'Dr. Dance’), who spoke to Ray D’Arcy about his research into the psychology of dance and the amazing benefits that can be gained by moving to music every day.

Lovatt’s research sprang out of his personal story: dancing changed the course of his life in dramatic ways. After struggling for years with learning to read and write, Peter left school and became a dancer in musical theatre. 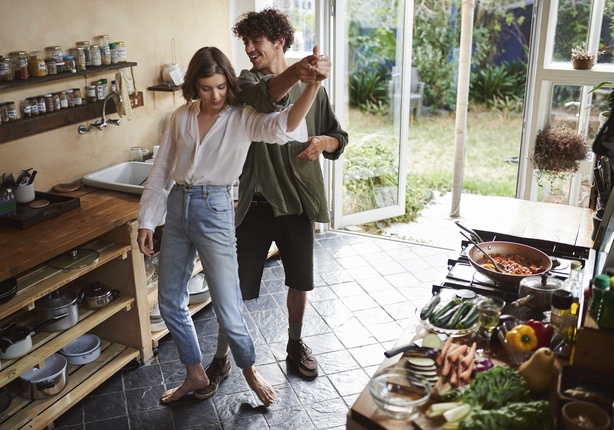 His literacy problems remained and in his 20s, he decided to apply the techniques he learnt in the dance studio to reading and writing. Peter managed to unlock his academic abilities through dance:

After his personal success, Peter was keen to integrate his two passions: science and dancing. Lovatt now runs the Dance Psychology Lab at the University of Hertfordshire, exploring the science behind our physical and mental response to dance.

Some of Peter’s early research was with people with neurodegenerative disorders, and he says the results were astounding:

"When people with Parkinson’s Disease dance, it leads to an improvement in their medical symptoms, which is really rather extraordinary. So that’s where the research into dance really started." "When you dance, it can release opioids in the brain and that can do all kinds of amazing things. We know that it makes us happy, so we know we’re triggering some happy areas of the brain but we know also that these opioid receptors become more active, and that means that people’s pain threshold goes up."

Lovatt’s language has a distinct Saturday Night Fever feel to it, with words like ‘boogie’, ‘funky’ and ‘groovy’ are sprinkled throughout his conversation; but the science is cutting-edge, he says.

As well as individual benefits, he says, dancing is good for society as a whole:

"There’s a brilliant study which found that when people move together in time, that afterwards, even complete strangers they report liking each other more, they trust each other more, they feel more psychologically similar. And they show more helpful behaviour towards each other, even little tiny children and adults. So dancing bonds societies together; it’s fantastic!" Drawing on his DJ skills, Ray cued up and played a series of clips to accompany Dr. Dance’s words, as Peter explained what is happening in your brain when you hear music that makes you want to move:

"This is fantastic because It’s got a bit of syncopation in there and the sensory motor coupling area of the brain is taking this music and it’s creating movement throughout your body, or an urge to move your body and that’s your groove."

It’s radio, so we don’t know if they were dancing or not, but you can actually hear the chemistry in their voices as Peter talks Ray through the science behind bonding through dance:

"Once you find your groove, then you can start finding your groove in another person. Now you and I, Ray, we could both be dancing to this piece of music, and even though we are in different places, we can synchronise together while we are doing it." There’s a paradox about living in lockdown, Peter says where people can feel more distant from each other, the more time they spend together in a small space. Dancing can help ease the tensions that build up, Peter says.

"Let’s imagine your relationship is characterised by frustration and a bit of anger and short-temperedness. Obviously what you need to bring in is some fun and engagement and enjoyment.

Sometimes we can use dance to help people find that joy. We can get to smiling again and making eye contact with each other, as you would in a night club." According to Dr. Dance, we all have the ability to dance, even if we think we can’t:

"There’s no such thing as you can’t dance. Humans are born to dance. It’s like saying you can’t be a human. You are a human. If you’re a human, you can dance. Everybody. Regardless of your perceived abilities, what sort of limbs you’ve got, you can dance."

Peter talks more about how dance improves brain function and problem solving, and he brings Ray through practical steps to start dancing at home in the full interview here.

Peter’s book The Dance Cure: the Surprising Science to Being Smarter, Stronger, Happier is published by Short Books.