A silence has descended on many Irish farms. The chorus that was the definitive, ubiquitous sound of the countryside is now muted. Farmland birds, say the scientists, are in serious trouble.

Species such as skylark, barn owl, lapwing, whinchat, yellowhammer, grey partridge, corncrake, twite and curlew are declining so fast that in some areas, where they once would have thrived, they are now gone.  According to Birdwatch Ireland, a quarter of familiar farmland birds are showing 'serious declines'. Others, such as the corn bunting, are now extinct.

But some farmers aren’t easily accepting a quieter countryside and they’re doing everything they can to bring the euphonious sounds back to their land.  Paul Moore is a tillage farmer near Midleton in east Cork. His love of his land goes hand-in-hand with a deep regard for nature, and in the past two decades he has transformed his commercial farm into a haven for bird species like yellowhammer.

He remembers when he realised that something was terribly wrong. About twenty years ago, he was ploughing his fields and as he glanced behind him he saw a flock of about 20 to 30 birds  following his tractor in search of worms in the newly turned soil.

"It suddenly struck me," he says. "Is that the size of the flock? Because before that, when I was growing up, there would have been a flock of up to a thousand". The life on his farm had rapidly dwindled. "I hadn't noticed a decline from a thousand birds down to 20 or 30 over a period of time. And just it just really struck me, I suppose. It drove it home: what the hell has happened here? Where are all the birds gone?" 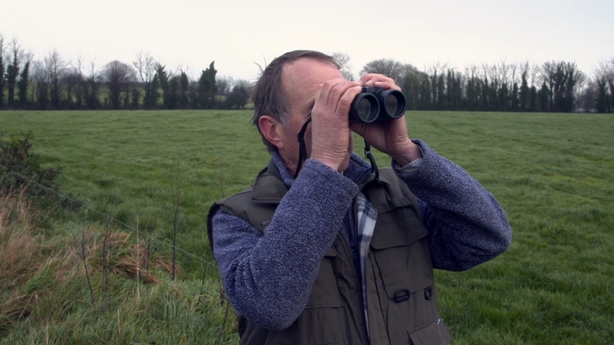 Paul decided to act. He looked at his farmland and identified areas around the edge of the fields that he could manage in a less intensive, more sympathetic way for birds. He left part of the fields to get wet, and reduced his use of pesticides and fertilisers. "Just small stuff really, I suppose, is what it boils down to. And that obviously would save you money as well. If you can reduce your inputs, you can make do with less profits, but you might still have a bigger margin profit margin at the end of it."

The decline on Irish farms is mirrored across many European countries. Farmland birds are hungry and homeless. Our once nature-rich, diverse farm landscape - bounded by thick, flowering hedgerows - has been transformed and simplified as agricultural methods have specialised and intensified.  Wetlands have been drained and fields have been reseeded to create intensive grasslands.

Gone are the mixed farms which offered a variety of essential habitats for birds to nest and live.  An increase in water pollution in our lakes, rivers and streams has added to the pressure.  The food industry may be economically successful, but it has come at a cost.

This is particularly true of the yellowhammer, which depends on good farming practices for its survival.  "So 30, 40 years ago, they were widespread throughout the whole of Ireland. Now they’re only found in the eastern part of the country. That’s largely because the cereal, arable farming that they are so tied to has disappeared from the west and northwest for economic reasons."

Birds, like other wild species, need a diverse landscape full of different habitats. But modern agricultural practices have become specialised, say scientists, and this focus on monoculture - with a single type of grass, for example - is detrimental to nature. 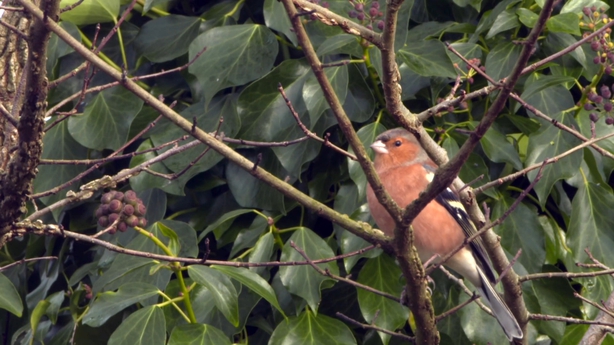 "So a lot of farmland species, they're very dependent on insects and insects are very dependent on how diverse the pasture is and how it's managed, how often it's cut. But it's also they're very sensitive to the levels of pesticides that are used and that's been well-established for many years. The more pesticides you use, the fewer invertebrates there are for are fewer insects there are for birds to feed their chicks on and that leads to declines. That's very well established."

Under the EU’s Common Agricultural Policy, many farmers are paid public money every year to support their work.  The CAP takes up 38% of the EU budget; most of it, under so-called ‘basic payments’ is given to farmers based on the size of their land; a smaller portion is given to ‘greening’ measures to enhance wildlife. There is increasing pressure to link these basic payments to farm methods that are more supportive of nature - the kind of farming that Paul Moore does in east Cork.

But Paul is concerned that under the next round of CAP, the incentives to farm for nature will not be there.  Instead, he says, we need a "proper CAP reform that would guarantee payments to farmers down the line for providing more than just food, for providing environmental benefits as well as ecosystem services." 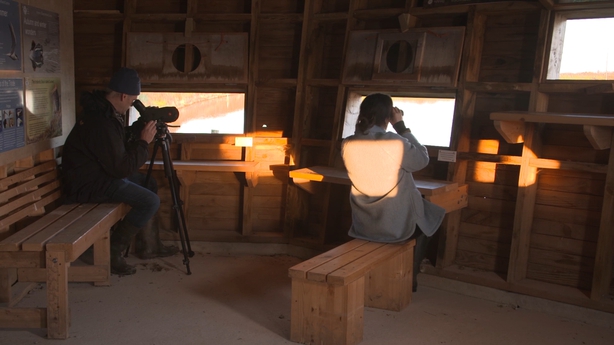 Not everyone agrees. Pat McCormack, president of the ICMSA - a farm lobby group - believes that in the next CAP, farmers will be asked to do more and more work for the same money.  "We are extremely apprehensive about that. You know, we have to look at why CAP was evolved and how it evolved. It was for food security and affordable food. It fills the gap between the producer and the consumer. Now, there's all these environmental risks at a time when the producer is producing the product at the same end price that they got 30 years ago. Now, in the meantime, the cost of production has increased significantly. The margin for the processor in the margin for the retailer has also increased, but the margin for the primary producer has eroded. And that trend has to change."

John Quinn is part of an independent grouping of scientists called "CAP 4 Nature" who are calling on the EU to put in place more incentives for farmers to use methods that help wildlife. "You know, one of the things that's really obvious is that most of the money that is earmarked for environmental protection comes from CAP. And yet, most would also agree that it hasn't been very effective in doing that at all in the past. The reason is that the spending isn't targeted exactly where it is needed. Instead, money is diverted to things which have actually no impact on diversity." 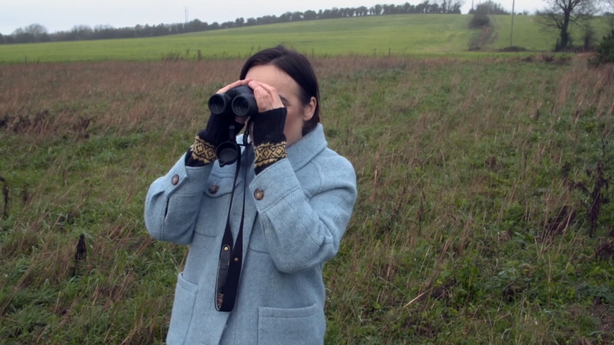 Prof Quinn points to nest boxes as an example which he says are a waste of time because they are used by species like blue tits and great tits which are common and not affected by agricultural practices.

"So instead, what you need to be doing is incentivising farmers to do things which one are actually very easy to do and benefit a range of species. And that includes things like managing hedgerows so that you don't cut them every year. You cut them every three or four to five years. You let hedgerows get wide. Narrow hedgerows are no good for most species of birds. You encourage farmers to let margins go largely unmanaged, where you only cut the grass maybe once a year, maybe twice at the most. No pesticides, no herbicides."

Farmer Paul Moore’s work has brought birdsong back to his land.  His thick, flowering hedgerows are the kitchen larder of his farm, packed with insects for the birds to eat. Species that have disappeared elsewhere are clinging on to his patch in east Cork; barn owls are nesting in his hedgerows, and yellowhammer have made his land their home.

"If everybody did a little bit, that would make a huge difference," he says. "A lot of different farmers doing a little bit - that can be crucial…even the small stuff can make a big difference."

Watch Ear To The Ground, Thursdays at 7pm, on RTÉ One.