Meghan Markle has revealed she suffered a miscarriage over the summer.

In an article entitled ‘The Losses We Share’ in The New York Times, Meghan writes: "I knew, as I clutched my firstborn child, that I was losing my second.

"Hours later, I lay in a hospital bed, holding my husband’s hand. I felt the clamminess of his palm and kissed his knuckles, wet from both our tears.

"Staring at the cold white walls, my eyes glazed over. I tried to imagine how we’d heal."

Despite the HSE saying miscarriages are "very common" – with around one in eight known pregnancies estimated to end in miscarriage – it’s still a fairly taboo subject.

Meghan writes in the article: "Despite the staggering commonality of this pain, the conversation remains taboo, riddled with (unwarranted) shame, and perpetuating a cycle of solitary mourning."

When I had a miscarriage, I remember scouring the internet for articles by women who had been through the same thing. Because reading that you're not alone is helpful and it's comforting. So thank you to Meghan Markle for writing about something so difficult

This means it can be hard to know what to say to someone who has suffered a miscarriage – particularly if you’re afraid you might say something wrong. However, that doesn’t mean miscarriages should be ignored.

"The most important thing to do when someone you know has had a miscarriage – or even perhaps someone you don’t know but you feel moved to respond to them – is to acknowledge what they’ve been through in the simplest of ways without putting your own assumptions or your own views on there," says Bender-Atik.

She urges us to "say something that acknowledges you understand what’s happened, but then you’re giving them the opportunity to say more… it’s about helping people by letting them know you’re there to listen. Whether they want to talk is up to them, but they will be glad to know that you’re listening to them."

"I knew, as I clutched my firstborn child, that I was losing my second," Meghan Markle writes about her miscarriage. Today, we are sharing an essay by the Duchess of Sussex about the loss that she and Prince Harry suffered earlier this year. https://t.co/xCJbgPgufq

Every person is different, but for Meghan, a question as simple as "are you OK?" is helpful. The Miscarriage Association also suggests saying something like "I’m sorry".

For some people, "sharing is helpful", says Bender-Atik. "If it’s helpful for them, it can remind us that it doesn’t matter where you are in terms of your position in society, your socio-economic group, your ethnicity: if you are a woman and you have had intercourse and you are of a reproductive age, you can have a miscarriage."

However, she adds: "If somebody doesn’t want to talk about their miscarriage, that’s absolutely up to them. I don’t believe we should be telling everyone that you must talk about your miscarriage and it absolutely mustn’t be kept private."

While everyone's experience of pregnancy loss is individual, it can be helpful to read stories from others who’ve been through something similar. You can use the 'Search stories’ tab on our Stories page to browse by topics such as infertility or late loss https://t.co/RpfNOq09rX

While Bender-Atik doesn’t think famous figures should feel they have to speak out if they have had a miscarriage, she says: "I think it can be very helpful."

Scotland’s First Minister Nicola Sturgeon opened up in 2016 about her miscarriage and when she mentioned the Association, "it meant a load of people knew about us and knew they could get help from us when they wouldn’t have before".

High profile figures can help break the stigma around miscarriages, with Bender-Atik saying: "It doesn’t have to be a taboo subject." Ultimately, she’s "grateful to Meghan for talking about this and for sharing it, but I so wish she hadn’t had to be in that position to share it at all".

For more information, visit HSE.ie or The Pregnancy and Infant Loss in Ireland. 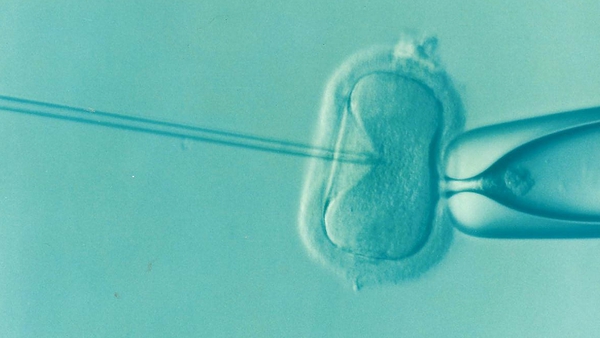