If passion could be bottled it would be a bottle of David Geoghegan's honey. This erudite Connemara famer and beekeeper is an evangelist for the preservation of native bees, keeping 100 hives in various spots around Oughterard.

His hives are exclusively made up of the Irish black bee and he goes to great lengths to protect and nurture them.

"They’re kind of a dark brown/black. They wouldn't be jet black. That's the actual colour of the native Irish bee…  They’re here since, I don’t know how many millions years, since the ice age. They’ve adapted, they’re here for a reason…

"My father was a beekeeper, he kept bees and when I was young I had no interest in them. It was always there so when I came back from England I got my first hive. One then went to 2 and now I have over 100. I just got into it. People liked the honey and I'd be bringing them jars. I thought then I better start doing it right…" 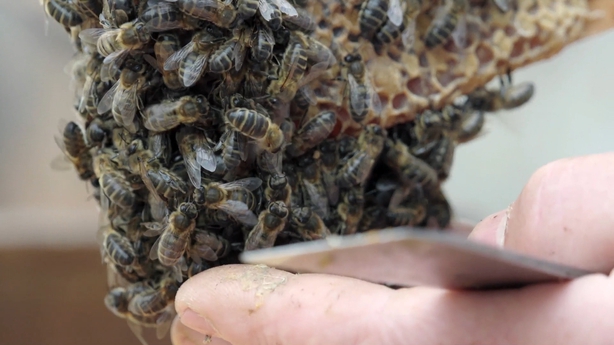 Ear To The Ground’s Darragh McCullough joined David on a damp and windy day in early August as he was beginning to harvest his honey. If the mixed Summer weather of 2020 reflected the national mood at that time, it also impacted honey production, with yields well down.

"You want showers and wet windy weather in May. You need wet weather to bring the growth, that's where the bulk of the growth is. The nectar will be flowing then, there was no flow earlier. And it's the same all around the country because you’d be talking to other beekeepers around the country.

"Even further down South, and down south is a totally different ball game to Connemara here. The weather is way better. The native Irish bees have adapted to this climate, they’d want to … for this kind of weather." 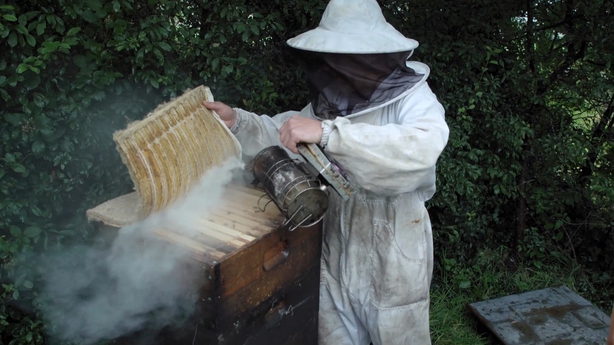 David begins the job of extracting the honey by using a smoker. While yields are well down the bees did produce some honey. But David is careful not to take it all, making sure there’s enough food left to see the bees through the winter.

"So the idea of the smoker is …  if a creature comes attacking the hive or whatever, they’ll come out and they’ll sting it. But when you smoke in the entrance, they think the hive is on fire. So what they do is they fill their abdomens up with honey, thinking their house is going to burn, so they’re going to go and take as much honey and abandon it. So when they’re full of honey, they’re not able to bend over and sting you as much. They’re more focused on saving as much as they can and getting out."

David’s devotion to the native bee extends well beyond keeping hives and producing honey. He has created a bee bed and uses it daily, if not to commune with his charges, to bring him moments of gentle contemplation and relaxation.

"I read about bee beds in a magazine and there was this guy in Ukraine that had it. I zoomed in on it straight away because it sounded so interesting. It's very simple really, its three hives with a narrow bed on top of them. You lie there and it's enclosed with a curtain around it to contain the air." 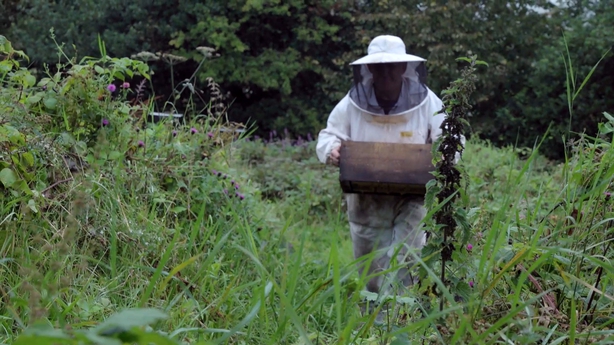 "It’s the hum and the slight vibration that comes from it. You get this lovely smell, it's hard to describe. It's like lying beside a waterfall or the ocean, it's this constant kind of hum. And it changes, it goes up and down, you're breathing in this lovely air.

"All I know is it feels good… I feel good… I can't really explain it, it just feels good. It's so natural and nice to hear all these thousands of individual bees underneath you."