Irish GP, Dr. Maitiú Ó Tuathail, joined Ray D’Arcy on Tuesday afternoon to talk about the unexpected impact of the video he recorded to demonstrate how – contrary to what people may be reading online – wearing a face mask doesn’t reduce a person’s oxygen levels.

He did this in response to patients worrying about it, having read stuff online that led them to question whether wearing a mask might damage their health.

"So, when I had a patient in with me in the room I said, 'Look, I'll prove it to you’. So I popped on a face mask and I basically popped an oximeter on my finger. So, during the whole consultation, basically, I was able to show that when I was wearing a face mask, my oxygen levels stayed at 99%. And that was really reassuring for him."

"Does wearing a face mask lower your oxygen levels" repeatedly by patients today!

Based on what they are reading on social media

I managed to get six face masks on + it had no effect on my oxygen levels! pic.twitter.com/qNKYa8pejx

It was the patient who suggested that Maitiú make a video to get the message across that wearing a face mask doesn’t lower your oxygen levels. For the video, though, Maitiú went up a notch (or six):

"I told him I’m not even going to wear one mask, I’ll wear as many masks as I can get on my face. And I managed to get about six on my face before my ears just totally gave way."

Ray asked Maitiú about the science behind how wearing a face mask doesn’t alter a person’s oxygen levels. It doesn’t matter what the face covering is made of, Maitiú told him, whether it’s cotton or it’s a surgical-grade face mask, oxygen will permeate through it.

It seems obvious when you think about surgeons spending hours in operating theatres with face masks on, but, of course, no doubt there’ll be an online "source" saying why that’s nonsense as well. 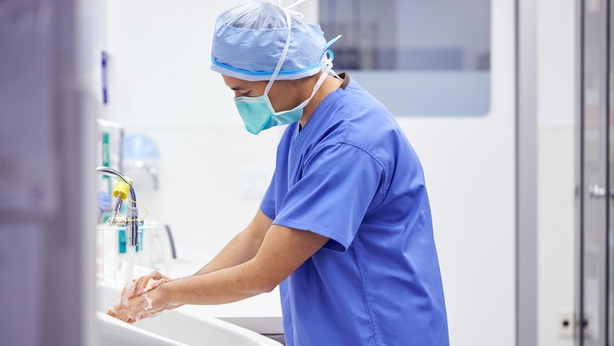 Even for those who have an underlying health condition, like COPD or asthma, wearing a face mask will leave their oxygen levels unaffected:

"If you have an underlying condition like COPD or asthma, you do tend to breathe harder and faster than people who don’t and that reduction in airflow at the front – although it won’t reduce your oxygen levels – it’s just uncomfortable."

This uncomfortable feeling shouldn’t deter people from wearing masks, because, as Maitiú said to Ray, "You know what’s really uncomfortable – having COVID-19″. 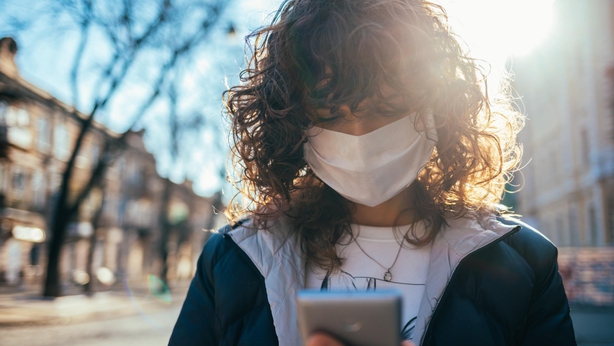 It all boils down to the science and Maitiú threw a pretty convincing scenario out during his conversation with Ray: "If two people in a room are wearing face masks, the risk that one will transfer Covid-19 to the other is reduced by 99%. And that’s hard science."

You can listen to the full chat between Ray and Maitiú here.