Everything has changed over the past three months and maternity services are no exception, as Evelyn O’Rourke found out when she visited the facility recently for Today with Sarah McInerney.

"Amongst the many changes, one of the most notable is that every patient going in now, Sarah, is tested for Covid. And they have a facility in the hospital where they can get Covid test results in just a few hours."

Regardless of the results, midwives now wear full PPE to deliver all babies. The first person Evelyn met was the Master of the Rotunda, Professor Fergal Malone. He didn’t hold back when describing the changes that the Covid-19 pandemic has wrought on maternity care at his hospital:

"This is probably the biggest change in the Rotunda in the 275 years of our history." 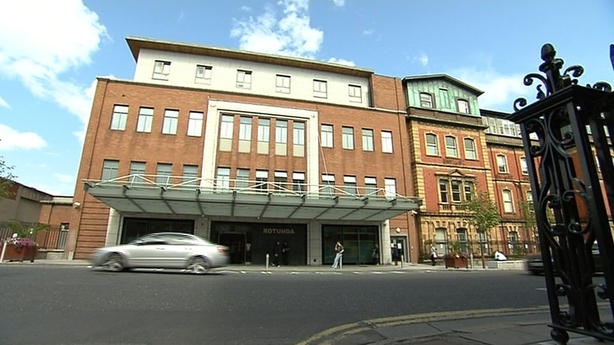 Social distancing guidelines mean that staff can’t even walk down a corridor side by side as the corridors themselves are barely two metres wide. But probably the biggest change was also likely the most unpopular:

"The big change we did, and I think initially it was unpopular, was we cancelled all visiting of all types. And we did not do that lightly."

So you can’t go in to see your newborn grandchild/nephew/sister, you’ll just have to wait until they get home. Even fathers can’t visit – although they are allowed to be present for the birth. The changes have been difficult in many respects:

"Not shaking hands with patients. Simple things like that. The common human interactions. When you have to adjust to that and simply wave goodbye to a patient you’ve known for the last seven months. It’s difficult.

"We tell patients sometimes here that their baby has died, that they’ve had a miscarriage and a patient needs a hug. Can’t do that. These are the highs and the lows of obstetrics – that’s changed. And will probably be changed for good."

Evelyn also spoke to Fiona Hanrahan, the director of Midwifery at the Rotunda. She said that the physical distancing has been really hard for the staff at the hospital:

"They said, you know, it’s like a piece missing from every birth and that piece is the hug. And it’s something that we’ve never had to think about before." 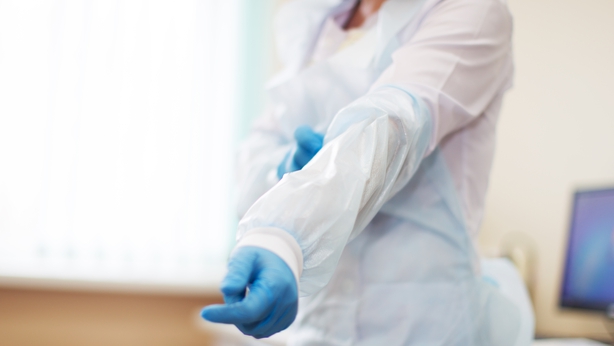 It’s particularly difficult for the hospital’s students, as they try to learn their craft because they’re taught compassion and humility and a lot of that has traditionally involved physical contact with the woman in labour, whether it be holding a hand or rubbing a back. Not any more:

There are some upsides from all the changes, though. And the babies are seeing a lot of it. Because of the no-visitor rule, all the mothers are doing is feeding their babies:

"So the babies are returning to birth weight far quicker. So the newborns are thriving during the pandemic, let’s just be assured about that."

You can hear Evelyn’s full report for the Today programme on maternity care at the Rotunda here.