If you've ever tried to buy a sliced pan in a snowstorm or antibacterial gel during a viral outbreak, you know that when the chips hit the pan, we humans have a penchant for panic buying. Professor of Social Psychology Clifford Stott spoke to Ray D’Arcy about what drives us to stockpile in times of perceived threat.

Professor Stott began by explaining why he believes the term 'panic buying’ itself is unhelpful.

"The big problem resides around the use of the word panic. Panic gives us a picture of people freaking out, being irrational and emotional rather than conscious and deliberate."

There’s something of a self-fulfilling prophecy about it alright. Once word of ‘panic-buying’ spreads, even the calmest individual can get a bit twitchy about their toilet roll supply. 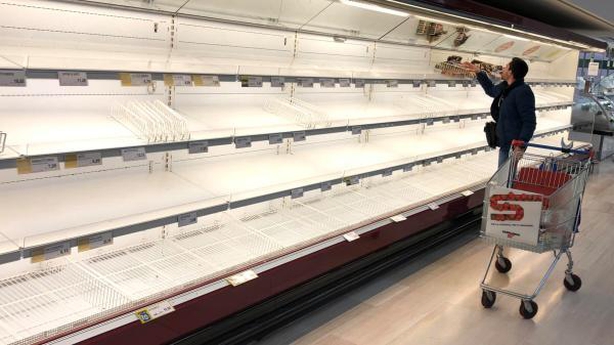 Ray agreed but made the point that we don't really have another way of describing the phenomenon. Professor Stott concurred that the p-word is certainly dominant when it comes to reporting on people stockpiling like this. He reiterated though, that the human activity is totally rational, it’s the potential absence of supply that’s driving it. He gave the example of previous threats to the supply of petrol.

The fact that our economy is built on a model of supply and demand, exacerbates the situation.

"We predict how much demand there’s going to be and then we supply to meet that demand. When we get these spikes in demand, that creates a deficit that feeds the amplification."

Before long you’ve got baying hordes descending on the local supermarket, weaponising trollies and hanging bags for life on every limb. Can anything de-escalate the panic and restore a sense of calm? Professor Stott is clear that media has a pivotal role to play.

"Move away from promoting the idea that panic is the natural response here. It’s not the natural response, actually in mass emergencies and situations of crisis, altruism and working together is the natural public response. We need to harness that and recognise that if we harness it, we can manage supply and demand in effective ways that don’t create the problems that we’re trying to avoid." 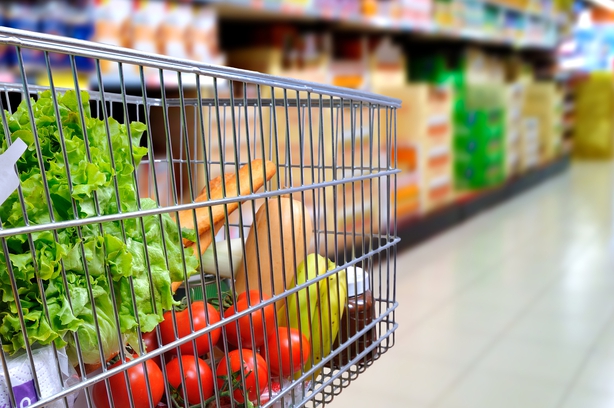 What about the survival of the fittest Ray wondered, aren’t we all fundamentally selfish?

"We have different senses of what it means to be who we are. At some level, we’ve got a sense of self that’s very idiosyncratic and about our individuality, but we also define ourselves in terms of collective identities or social identities like being Irish for example."

There you have it. Rather than sharing stories of stockpiling and empty shelves, we could champion the collective psychology we need to promote a sense of community, to make ourselves resilient in the context of emergencies.

In short, stockpile the loo roll if you like, just share the bunker codes with your neighbours.

You can listen to Ray’s full interview with Professor Clifford Stott here.