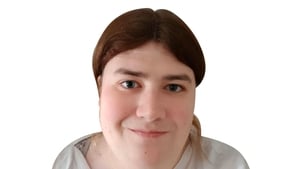 Opinion: Alexandra Day, a transgender woman, writes about the lasting effects of transphobia, and how simple acts of kindness can counter them.

One day in 2016, I was getting on the bus, all dressed up - a light scarlet summer dress with tights and a pair of black ankle boots - for meeting up with a friend who was home from abroad for a few days.

As I tried to find a seat, I was greeted by a voice bellowing "What the f**k is that?". I turned around, expecting to see something out the bus window, but I quickly realised by the woman’s glare that her words were directed at me. I made my way to the top floor of the bus, hoping to escape further abuse, but I felt utterly humiliated. The confidence that I had leaving the house that morning was gone, replaced by fear and doubt. For the rest of the day, I worried every time someone held my gaze for a bit too long, fearing that more abuse was coming.

This was my first experience with public transphobia but it would inform every instance of it from there on out. There was no reason for that woman to say what she said and yet she felt emboldened to.

Targeted
When you’re targeted as a transgender person, there’s often no underlying reason other than ignorance or someone deciding that you should be the butt of the joke. A passing comment, practically forgotten by the person moments later, can cause the receiver pain that will exist for many years to come.

This is the case for me.

Between 2014 and 2016, 57 incidents of anti-transgender crimes were reported to An Garda Síochána according to the Stop Transphobia and Discrimination (STAD) report published by the University of Limerick and Transgender Equality Network Ireland (TENI). A further 34 reports of non-criminal hostile actions were reported to TENI.

Trans people are targeted with this kind of casual transphobia every day, simply for being themselves. Slow-motion horror
A few months ago, I was standing on Camden St. at lunchtime. I was waiting for a bus to whisk me across the city to therapy when I noticed a group of guys across the street. Then they noticed me.

I watched, in what felt like slow-motion horror, as one of them turned, something clicking in his brain as he realised I wasn't cisgender. I didn't hear what he shouted over across the roar of traffic but I saw him pointing, the other men in the group pivoting to stare. I can still hear the uproarious laughter that followed.

The damage was done. I’m sure I heard the group crack more jokes along with a few more rounds of laughter as they strolled down the road but, at that point, I was so self-conscious I could only stare at the ground, wishing I could sink through the pavement and be anywhere else.

As a trans person this is, unfortunately, a more frequent part of my experience than I’d like to admit. Like previous experiences of transphobia, that day has stayed with me and changed how I live my life in small but significant ways.

A reminder that self-care is not a static thing and is as diverse and individual as you are. #6littlethings #TransMentalHealth #TransAwarenessWeek pic.twitter.com/VkPZtLhevw

Cautious
I'm more cautious around groups of people now. I do everything I can not to stand out or be noticed, sometimes even dressing more androgynously on days when I don’t want to deal with potential harassment.

I feel ashamed to admit that it’s changed my behaviour. That group of men probably forgot about me 30 seconds after they saw me but, for me, it’s something that is difficult not to internalise in my day to day life.

Sadly, this is not uncommon for transgender people to experience. Several high-profile incidents since the TENI report was published in 2017 highlight a clear pattern of discrimination and targeted harassment towards the trans community.

There are campaigns to tackle these issues, such as the Call It Out campaign earlier this year to call out discrimination faced by the LGBTQIA+ community. But that doesn’t stop everyone from cracking jokes on buses on a normal day’s commute. Recognition
I’ve become used to people staring at me in public, mostly chalking it up to my long hair or what I’m wearing that day. It’s so commonplace I’ve almost become immune to it, in a way, only bothering me on days when I’m feeling particularly vulnerable.

The overt transphobia is different though. It still stings when someone shouts something at me as I pass by or stifles a laugh while looking me dead in the eye.

Just as these negative experiences have had an impact on me, the same could be said for the moments of recognition from complete strangers that have brought with them feelings of affirmation and gender euphoria - the sense of joy that comes from living as the gender you feel yourself to be.

There are experiences I think back on even years later that fill me with hope and gratitude for the kindness of strangers. And, while it’s important to not put too much emphasis or weight in the approval of others, especially strangers, moments like this have made me feel at ease.

Gender euphoria
In the summer of 2015, I had one of my first experiences of gender euphoria. It was the night of the Marriage Equality referendum result. It was my first time out in public as myself.

We went out to celebrate the result but we couldn’t get into any of the pubs or nightclubs - the positive result of the day attracting big crowds - so we ended up in a McDonalds instead. That’s where we met two strangers.

Complimenting my dress and makeup, they told me that I should be proud of being true to myself. We didn't know each other and yet their compliments made me feel like a light had been turned on inside me.

Even now, I still sometimes think about the kindness that those two women showed me. For the first time in my life, the way I wanted to be seen by the world and my gender presentation synced up for a few hours.

Tell your trans loved one that they are loved and supported. Speak out against transphobia when you can. Together there is hope for a better tomorrow. Together we are stronger. #TDOR #TransMentalHealth

Going forward
It is my belief that by sharing stories of transphobia and the lasting effect it can have on people who are just trying to be themselves, you and other people reading this can - through acts of random kindness - help to improve the lives of marginalised people and make the world seem a little bit easier to deal with.