If you're a dog owner, you may think you could never love anything or anyone as much as you love your dog. Unfortunately, the same can't be said for your dog, according to new research.

A new book, Dog is Love: Why and How Your Dog Loves You by Dr. Clive Wynne, explores what makes dogs special, focusing not on their intelligence but their capacity to love fiercely. However, Wynne argues that there might not be a unique human-dog bond as we've been led to believe for years. Instead, he argues that because of dogs' enormous, loving hearts, they can love just about anyone with the same level of ferocity. He says that they are skilled at "interspecies love", not just seemingly knowing the exact moment you need cuddle.

For example, if you raise a dog around sheep or goats, the dog can form strong emotional bonds with them.

Dogs, Wynne told the New York Times, have "an abnormal willingness to form strong emotional bonds with almost anything that crosses their path. And they maintain this throughout life. Above and beyond that they have a willingness and an interest to interact with strangers." 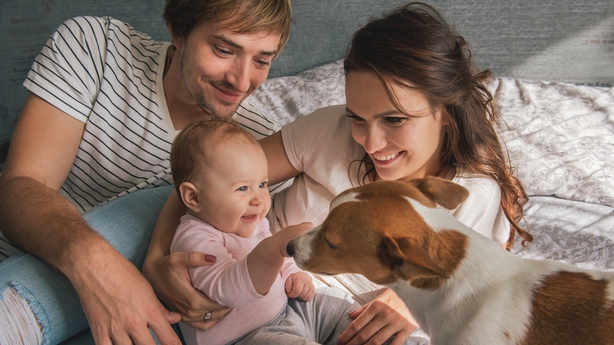 Wynne also suggests that dogs may have "goodness" bred into their very DNA. He says that wolves attached themselves to humans 15,000 years ago because – the theory goes – they could get food off them, but along the way humans started to domesticate the wolves.

Wynne found genes in dogs that are associated with "indiscriminate friendliness" in humans, which may suggest that over time people chose friendly dogs, and the breeding actually changed their genomes.

Now, there are 3,000 dogs to every one wolf, so there's a reason we don't talk about the human-wolf bond!