What is the alchemy that turns a life lived at the end of a selfie stick into hard cash? No better man to ask than Jeetendr Sehdev, once described as 'the lovechild of TMZ and The Economist'. He spoke to Ryan Tubridy today about his book The Kim Kardashian Principle (Why Shameless Sells And How To Do It Right). He argues that the secret to turning social media content into gold is authenticity, showcasing your flaws.

"Before we were told to aim for perfection, but now we should be aiming for imperfection." 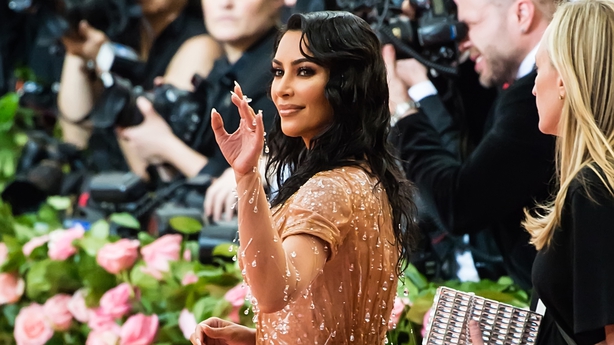 He’s spent years studying the rise of social media stars like Kim Kardashian and Pewdie Pie, and was one of the first to draw the world’s attention to their runaway disruption of the traditional route to fame. Ryan asked Jeetendr "what is a Kim Kardashian?" and the answer is in the question; she’s in a category all of her own.

"A Kim Kardashian is a new world leader, a cultural force to be reckoned with, somebody who is fearless and unashamed and unapologetic."

Living in Hollywood for the past 15 years, Jeetendr says Kim Kardashian achieved success by showcasing the very qualities that might have excluded her from the traditional paths to fame.

"She sort of stylised herself and she busted that norm and busted that category and redefined it with her own uniqueness, with her Armenian heritage, with her brunette looks, with her darker looks. That’s inspiring for a lot of people."

There can be a business cost for not getting on board with the Kardashian revolution, argues Jeetendr. He cites the crash and burn of an underwear brand, which he says failed to cater for diverse body shapes. He also says the current social media habits of the CEOs of large corporations were unimaginable before the age of the influencer.

For a cheerleader of the new world order online, Sehdev has some serious old-school credentials, including degrees from Oxford and Harvard Business School.  The social media commentator claims to have little fear of this new world of selfie-savvie millionaires, however, saying he would be happy for his own kids to follow the Kardashian trail.

Listen to the full interview, including the six secrets of Kim hidden in the acronym ‘SELFIE’ and how Ryan gets schooled on what a ‘belfie’ is here.