Like Icarus flying to the sun, the plight of most Irish people trying to tan this summer is one destined for disaster. As some of the most naturally fair-skinned people out there, our skin reacts to the sun in the same way a 99 cone does: messily.

Sunburns are an accepted part of life for many of us, but they don't have to be. Indeed, the implications of sunburn go beyond just pain and discomfort, as repeated bouts of severe burns increase your risk of developing skin cancer.

We spoke to Dr Triona McCarthy, Consultant in Public Health Medicine, about what sunburn is, how to avoid it, how to treat it and why tanning might not be worth the negative effects on our health.

So what is sunburn? 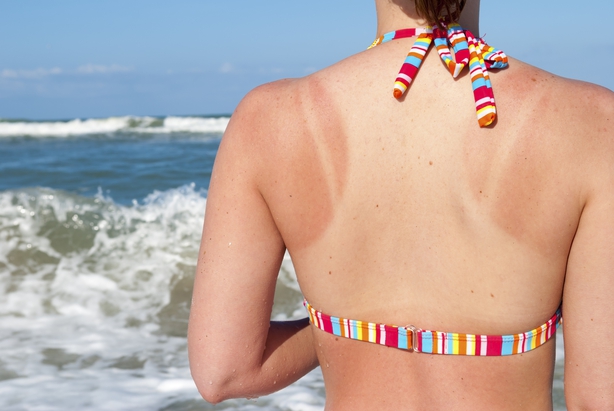 It is, quite simply, that: your skin burning. "Sunburn is when the ultraviolet radiation or UV radiation damages your skin", explains McCarthy, adding that "it can result in your skin becoming red or swollen". This, she says, is only the short term damage.

"It's important to remember that that's something that can have long term effects, as well."

Some of these are less serious, albeit unpleasant, she notes, such as the ageing effects of radiation on the skin, but the more serious implications of repeated sunburns is an increased risk of skin cancer occurring.

"Radiation is a natural thing within sunlight, so UV radiation is the kind of radiation that comes from the sun", McCarthy explains. "The UV radiation can damage your skin without causing a burn, as well. It can actually damage the DNA in your skin, as well, which is what gives the cancer effect."

With 11,000 new diagnoses of skin cancer in Ireland each year - 1,000 of which are of melanoma, the more serious form of cancer that can spread to other parts of the body - proper sun protection must be taken seriously, particularly as "a very large proportion of Irish people have the lightest type of skin", McCarthy notes. 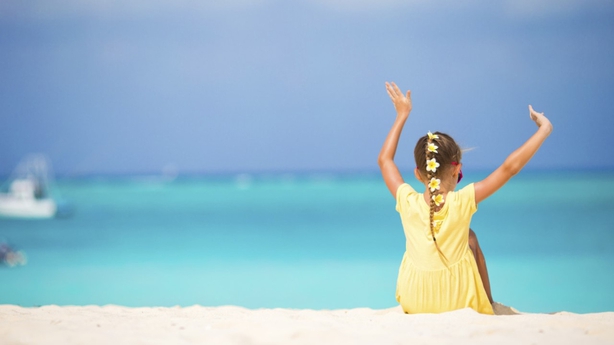 There was, as they say, some drying this time last year, a seemingly unprecedented glorious summer the likes of which we'd not seen in years. We flocked to beaches, canals and outdoor cafes to soak up as much sun as possible, paying little attention to the effect this could have on our health.

As McCarthy notes, five serious sunburns in a person's life increase the risk of deadly skin cancer by 80%.

In a survey carried by the HSE out this year, it was found that almost half of all Irish adults were sunburned in 2018, something McCarthy still balks at. "I know we had an unusually hot summer last year but I was still surprised that almost 50% of adults got sunburned in the past year", she said.

She doesn't believe this is down to willful ignorance or lack of knowledge, but rather people making small mistakes in their preparation.

"In general I think people want to take precautions and don't want to get sunburned. The problem is that sometimes it's too late before you realise you have gotten sunburned or they haven't prepared enough or they haven’t realised that even on a cloudy day the radiation can come through the clouds." 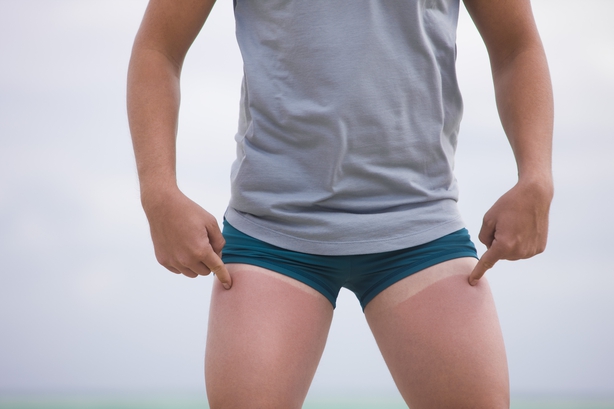 Not to rain on anyone's parade, but no.

Of course, those with fair skin can and do manage to tan, but as McCarthy notes, "Tanned skin is damaged skin", meaning that endeavouring to warm up your complexion could be coming at too high a cost.

"Even without burning there is a bit of DNA damage, even if you think 'I'm tanning very gently!" Unfortunately if you have pale enough skin, it’s not doing anything good for your skin."

According to the survey, almost one in three Irish adults felt that it was worth getting sunburned for the sake of their tan,

"It's the skin that you’re born with that makes you extra vulnerable, which you can’t do anything about", she adds. "Some people think that 'If I get a little bit of a tan it'll protect me’ when actually that’s just your body trying to do its best to protect you."

Those with naturally darker skin tones are less prone to sun damage thanks to the melanin in their skin.

How to avoid sunburn "The first line of defense is staying in the shade", McCarthy says, stressing that even without direct sunlight the risk of damage from UV rays is present. "Even in Ireland between April and September, there's enough radiation from the sun to burn your skin and waiting to see your skin getting red and sore, that’s too late."

When out and about on a sunny day, covering up your skin will shield it from burns, she adds: "So things like using the half sunglasses as well as the loose fitting clothes."

If it's cloudy, don't be fooled: radiation still passes through clouds and even a walk on an overcast day can leave you with pinked cheeks and a swollen neck.

"You can have a strong breeze or it can be a fresh day and you don’t feel the heat of the sun. It’s a common mistake that people think 'it’s not the hottest day, I don’t need to put on any sun cream or I don’t need the hat’."

"Sunglasses are good at protecting your eyes from the glare, but long term it's the risk of cataracts when you get older and it’s to do with that UV radiation hitting your eyes", McCarthy adds.

While there are as many hacks and tricks for treating sunburn on the Internet as there are rocks in the sea, McCarthy suggests a few basic principles that will soothe any and all types of sunburn in some way.

"Getting yourself out of the sun and cooling down is the main thing", she says, but beyond that she cautions against automatically reaching for creams and treatments. "In terms of putting things on skin, I'd be very careful of putting things on blisters and damaged areas."

"If anyone’s worried about a bad sunburn the best thing is to pop into your local pharmacist and let them have a look at it."

For the HSE's guidelines on sunburn and preventing it, click here.