There's a cracking collection of page-turners to take on your summer holidays this year – from nail-biting thrillers to romantic yarns, and nostalgic tales to award-winning literary gems.

Here are 10 of our top choices…

1. An American Marriage by Tayari Jones 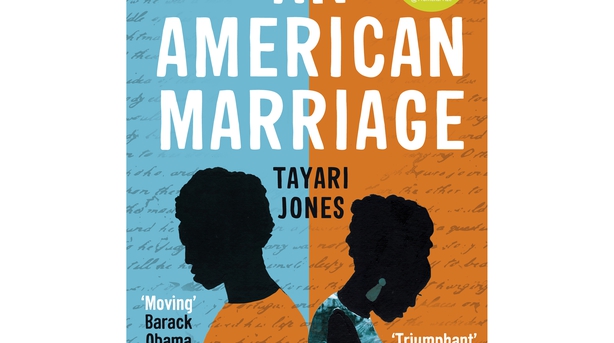 Hailed as a masterpiece by Barack Obama and Oprah Winfrey, this is the one everyone’s talking about and the deserved winner of the 2019 Women’s Prize for Fiction.

It tells the story of newlyweds Roy and Celestial, a black middle-class couple living the good life in Atlanta, Georgia. But their world is shattered when Roy is arrested for a rape he didn’t commit and sentenced to 12 years in prison.

Celestial finds herself struggling to hold on to the love that has been her centre, taking comfort from Andre, the boy next door. As the years move on, they become a couple, but when Roy’s conviction is suddenly overturned he returns home ready to resume their life together – and that’s where it gets really interesting.

'It's funny, I hope. I hope it's romantic. It has a sort of melancholic strand to it as well.'

One Day author and screenwriter David Nicholls is back with a funny, nostalgic and sometimes painful coming-of-age story set in 1997, about 16-year-old Charlie Lewis who joins an amateur dramatics group that’s staging Romeo And Juliet, so he can pursue the girl he’s fallen for.

Nicholls captures the teenage social insecurities, awkwardness and first love emotions beautifully, throwing an extra element in as Charlie struggles to look after his miserable father who has turned to booze and pills in the wake of his wife leaving him.

Sweet Sorrow is both funny, poignant and painful, evoking familiar memories of the feelings of uncertainty when you leave school, the gradual fading of old friendships and the all-encompassing emotions of new love. 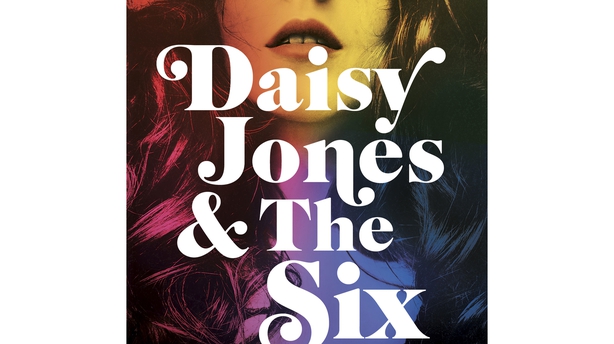 The Sixties may have been the start of the sex, drugs and rock’n’roll era – but many would argue that the excesses and wild behaviour really escalated in the Seventies.

This decade forms the backdrop to the fictional story of the rise of an American rock band, Daisy Jones & The Six, told through a series of interviews with the key members of the band and those around them. All the ups and the downs are relived, the in-fighting, outrageous behaviour and touring mayhem, the record label interference, sexual shenanigans and drug-taking, until the band’s final disintegration.

Some have said this fictional story’s not that far off the true Fleetwood Mac one – but read it and you can be the judge.

The 12th Harry Hole mystery looks set to cut like a Knife... ???There are still tickets left to this rare UK event with the incredible Jo Nesbo on 18th July @waterstonesex and we don't think you'll want to miss it! ??https://t.co/XSffjP1HTo pic.twitter.com/L6WoiTqns2

In another fast-moving Scandi page-turner from the top Norwegian thriller writer, we find rogue cop Harry Hole back on the booze after Rakel, the only woman he’s ever loved, finished with him.

He soon gets caught up in investigating cases he believes have ties to Svein Finne, a serial rapist and murderer Harry helped put behind bars. But when he learns that Finne is free – and his personal life takes an even darker turn – he is sure there is a connection.

5. The Truants by Kate Weinberg (out 8th of August) 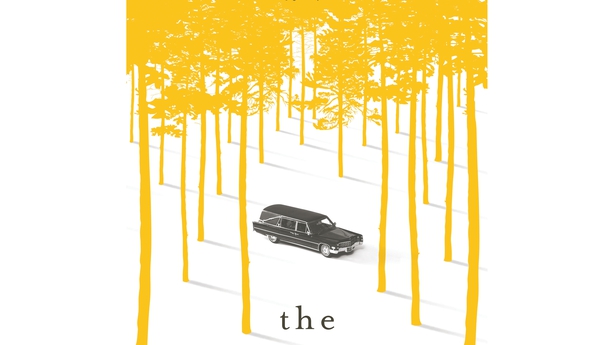 Jojo Moyes and Alain de Botton have been singing the praises of this debut novel, which centres on Jess Walker, the middle child of a middle-class family, who arrives at an East Anglian university where she is soon drawn into a tightly-knit group of rule-breakers, led by a maverick tutor.

As she begins to experiment with a new version of herself, she unwittingly becomes part of a toxic love triangle as the new gang of friends share secrets, lovers and finally a tragedy.

6. Late In The Day by Tessa Hadley

This is one of the best literary offerings so far this year, focusing on how an unexpected death upsets the equilibrium of two 50-something couples who met in their 20s and still have strong connections.

When one of the husbands – who was the pivotal force in the foursome – dies suddenly, it’s left to the other three to pick up the pieces, which they don’t do very well.

Hadley explores the themes of marriage, friendship, and grief, taking readers back and forth in time, to show how the past has a bearing on each present moment. 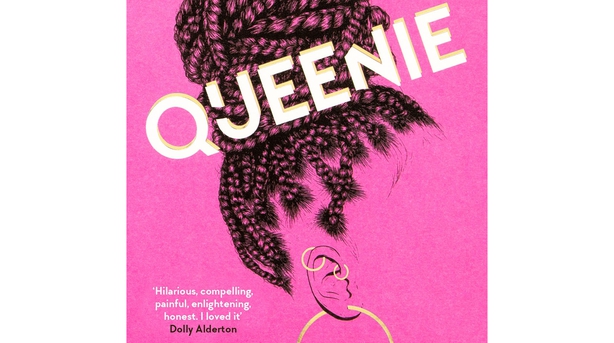 Billed as the 'black Bridget Jones’, this amusing debut follows 20-something south Londoner Queenie Jenkins, an aspiring journalist who’s just split up from her long-term boyfriend. Meanwhile, her newspaper boss doesn’t appreciate her, and her family doesn’t listen to her.

You will cry with her and cry for her. Indeed, the book has surprising depth and at times, turning frequently from hilarious to heartfelt. 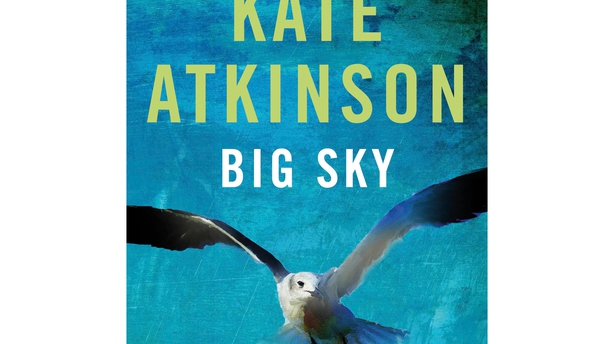 After nine years, the prolific York-born writer resurrects Jackson Brodie, her private investigator, now relocated to a seaside village in north Yorkshire where he is looking after his sulky teenage son, Nathan, and Dodo the ancient labrador, both temporarily left with him for the summer by his ex, Julia.

Hired to do a spot of husband-following, Brodie meets a desperate man on a cliff, an encounter that leads him into a sinister labyrinth of murder, abuse and barbed old sins, with an undercurrent of paedophile rings and slavery.

Atkinson presents her story in a challenging, idiosyncratic way that makes for a compelling read.

9. The Woman In The White Kimono by Ana Johns

Thrilled that #TheWomanInTheWhiteKimono has been selected as a @BBCRadio2 Book Club pick! ?THANK YOU to my fantastic UK publishing team at @Legend_Press, @lblaUK , to @BBC/@R2BookClub , @JoWhiley and @readingagency! Such an honor! x pic.twitter.com/I3c3xKF7KL

Inspired by true stories from a devastating and little-known era in Japanese and American History, The Woman In The White Kimono illuminates a searing portrait of one woman torn between her culture and her heart, and another woman on a journey to discover the true meaning of home.

It’s inspired by the true story of Ana Johns’ father, who as an American US Navy soldier in the 1950s fell in love with a Japanese girl. Their relationship was ultimately stopped by cultural pressures and Johns has done extensive research into the thousands of love stories that were thwarted and babies abandoned. 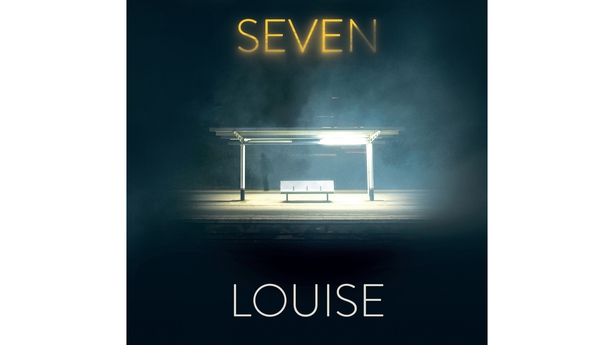 This is a late-summer read, as it’s not out till the end of August, but the hotly-anticipated novel from the bestselling author of Apple Tree Yard is worth waiting for.

Not your average spine-tingler, it’s eerie and unusual, as it is narrated by the ghost of a woman who came to a sticky end at the eponymous platform.

As the plot unfolds, the dead woman, who is herself haunted by other ghostly apparitions and trapped in limbo between life and death, reflects on how she got there and how a toxic relationship affected her life. You’ll read this in one sitting.