Women's Aid, the national organisation working to end domestic violence towards women and children since 1974, today launched a powerful interactive campaign highlighting the prominence and terror of financial abuse.

The organisation defines financial abuse as a form of domestic violence in which the abuser uses money as a means of controlling their partner, and it is one of the more insidious versions of abuse: in 2018, Women’s Aid heard over 1,500 disclosures of financial abuse within intimate relationships.

As well as this, according to a survey by the European Union Agency for Fundamental Rights Agency Violence against Women, one in 10 women in Ireland experience financial abuse from their partners or exes at any given time, and almost 200,000 women are currently in financially abusive relationships.

By restricting their partner's access to money, be it by coercive control or actual limitations via withholding cards, the abuser keeps the person within their abusive relationship, as the alternative is potentially extreme poverty.

Developed in collaboration with AIB, the campaign featured a specially created ATM - an "Abusive Teller Machine" - programmed with a carefully chosen set of questions that mimicked those used in situations of financial abuse.

In a video you can watch here, which was filmed in AIB’s The Lab in Dundrum Shopping Centre in early April, customers approach the machine to withdraw money, only to encounter intrusive and increasingly disturbing questions such as "Why do you need more money?" and "Now, what do you say?" with answers to the latter one including "Please" and "Thank you".

Indeed, one of the most unsettling and effective aspects of the campaign is the inclusion of answers a person who is being abused might say, such as when the prompt "If you're lying I'll find out" appears with answers including "Why would I?" and "I know you'll check".

Finally, the customer is denied their money, before learning the true reason for this harrowing experience.

Speaking on the collaboration, Women’s Aid Director Margaret Martin drew attention to how common financial abuse is in Ireland, despite the lack of awareness or knowledge surrounding it.

"Earlier this month, we published our annual impact report which highlighted the level of contacts that we have received in the last 12 months; of the 19,000 contacts, there were over 1,500 disclosures of financial abuse from all backgrounds and regions of the country.  We know this is just the tip of the iceberg."

This is in a country that, in January, made coercive control - formally defined as psychological abuse in intimate relationships that causes fear of violence or serious alarm or distress that has a substantial adverse impact on a person's day-to-day life - a legal offence.

However, as Martin shared with us on our Hourglass podcast last year, one in five women will experience domestic abuse in Ireland each year. 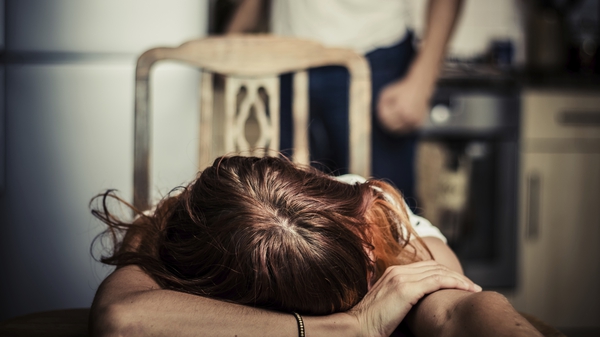 What is Coercive Control and why is it now a legal offense? Today with Miriam O'Callaghan