How much do you know about our most famous patron saint? Put your knowledge to the test. For example, did you know...

1. St Patrick wasn’t Irish...
Born in 432, Patrick was born to Roman parents in Wales or Scotland (depending on what you’re reading - there are contradicting reports and little clarity on the exact location). His family were Christian and, apparently, his grandfather was a priest (Hmmm?) but when he was a teen, he said that his family were not devout worshippers and he said: ‘[I] did not know the true God’. 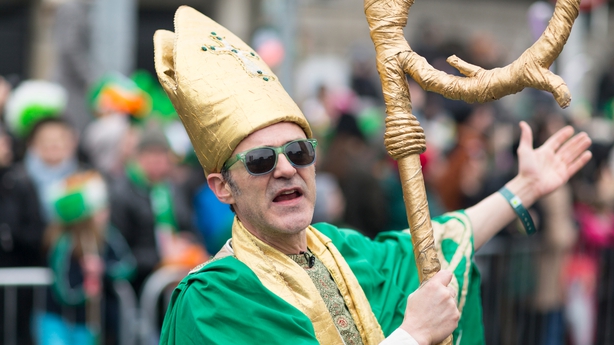 3. He came to Ireland...by force
A young Patrick/Maewyn was visiting a small villa owned by his parents when a group of Irish pirates (I know, right!) attacked the area in search of slaves to sell and they took him. He was sold to an Irish warlord in Donegal where he was tasked with minding sheep in the wilds of the country. Coming from his privileged background, this was a rude awakening for the young teen and he turned to God for help and guidance.

He wrote in his book The Confession of St Patrick: "But after I reached Ireland, well, I pastured the flocks every day and I used to pray many times a day; more and more did my love of God and my fear of Him increase, and my faith grew and my spirit was stirred, and as a result I would say up to a hundred prayers in one day, and almost as many at night; I would even stay in the forests and on the mountain and would wake to pray before dawn in all weathers, snow, frost, rain; and I felt no harm and there was no listlessness in me—as I now realise, it was because the Spirit was fervent within me.

4. The sin of St Patrick
In the book, he wrote about a sin that he committed and the effect it had on him. However, he didn't say what sin he had committed leading to much speculation in the centuries that followed.

He wrote: "They brought up against me after thirty years an occurrence I had confessed before becoming a deacon. On account of the anxiety in my sorrowful mind, I laid before my close friend what I had perpetrated on a day-- nay, rather in one hour-- in my boyhood because I was not yet proof against sin.

"God knows-- I do not-- whether I was fifteen years old at the time, and I did not then believe in the living God, nor had I believed, since my infancy; but I remained in death and unbelief until I was severely rebuked, and in truth I was humbled every day by hunger and nakedness."

5. All things Green...or blue?
Green is the colour of all things Irish including his chosen shamrock emblem but the colour synonymous with St Patrick was a light blue. The green took centre stage in the late 18th century to support of the Irish move towards independence.

6. Talking Shamrocks...
The reason St Patrick favoured the wee three-leafed plant (or four for the lucky) is that he used it to explain the Holy Trinity: God the Father, the Son, and the Holy Spirit. 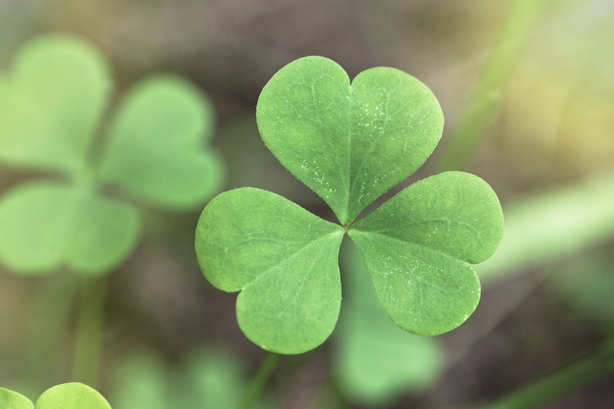 7. Are you alright there in the back?
When it comes to the legend that St Patrick drove all the snakes out of Ireland, he was most likely speaking metaphorically. The temperatures of the Emerald Isle did, and do, not appeal to reptiles and it is highly unlikely that they were ever here in the first place.

8. Dry Holiday
St Patrick’s Day was originally a dry holiday and a day of religious celebration. It was only in 1970 that the pubs flung open their doors.

9. The Patron Saints of Ireland
St Patrick is not the only patron Saint of Ireland, he shares the honour with St Columcille and St Brigid. Interestingly, the original RTÉ logo was based on St Brigid’s Cross.

10. Have you seen St Patrick's footsteps?
This has to be one of my favourite St Patrick's stories...having spent hours looking for them in my youth.

Apparently, St Patrick's footprint can be found on Red Island and Colt Island in Skerries. The story goes that St Patrick spent time on an island nearby, later named St Patricks Island in his honour. He ended up there after being chased out of Wicklow by pagans.

He had a goat on the island and when he was over on the mainland converting locals to Catholicism, some Skerries locals travelled to the island, captured his goat and ate it. When he returned he was so angry that he took two giant-like footsteps back to the mainland, the first landing at the back of neighbouring island, Colt and the second on Red island. Incidentally, the emblem for Skerries is a goat and if you're locals, you're a Skerries Goat!