This year, Today with Maura and Dáithí extend its run by four weeks to stay on the air until the 25th of May. With an average audience of 101,000, every day - an increase of 20,000 from previous years - the show went down a treat with Irish viewers.

Dáithí O'Sé said: "I think you can tell how well it is going by the amount of people who stop to discuss what interested them on the show.

"It's great to know that viewers are enjoying the topical discussions and also the fun we have on the show."

Speaking to the duo in their studios in Cork, RTÉ LifeStyle found out what the two presenters do once the cameras shut down for Summer.

"We had an extra run this year of five weeks which was fantastic because our figures were up so they kept us on-air longer - we didn't say no to that, obviously,’ explained Maura Derrane.

She continued: "I am going to Italy for a couple of weeks in June.

"I'll be spending a lot of time at home over the Summer and there may be one or two projects coming up work-wise but I won't be killing myself, I won't be breaking a sweat when it comes to work this Summer.

Rose of Tralee
As for Dáithí? The Kerry man says he plans to take things easy before returning to his role as host of the Rose of Tralee in August.

"Never any plans for the Summer really, in one sense, only that I'm off for the whole month of June so I'm really, really, looking forward to that. I'm looking forward to being at home, having the gates closed and being out in the garden and taking it easy," he said.

In 2014, Dáithí welcomed his first child, Michael Óg, with his wife Rita Talty. The presenter travels from their home in Galway to the Today studios in Cork every weekday so he plans to spend as much time with them as possible in between his busy schedule.

He continued: "Michael is still in school at this stage, he'll be in school until the end of June so then we'll go off to the States for a small while.

"They'll [Michael and Rita] spend a few weeks there and then I'll come home to do some more work so I'm looking forward to the month of June. Hopefully, the weather will be good."

You can watch Today with Maura and Dáithí every weekday on RTÉ One at 3:30pm. Follow them on Facebook here. 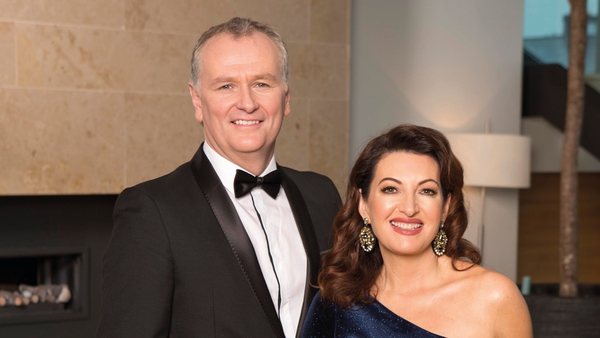