Tonight on RTÉ2, First Dates Ireland introduces viewers to Angie, a dater who bravely opens about her upbringing in an industrial school after her mother was raped and put in a Magdalene Laundry.

During her date with retired trucker Denis, Angie shares her life-story of growing up in an industrial school while her mother was in the Magdalene Laundries.

Angie says: "I grew up in Athlone. I had a tough childhood and I was brought up in an industrial school. My mother was raped when she was 16 and had me at 17 and she was put in then to the Magdalene Laundries. She spent 15 years there and I spent my time in the industrial school until I was 14."

Later, her grandmother came home from America and took her out of the industrial school.

Angie Downey joined Ryan Tubridy on RTÉ Radio 1 this morning to share her story. You can listen to the interview above.

Born in a mother and baby home in Castlepollard in 1948, Angie spent two and a half years there before moving an Industrial School in Athlone.

She spoke of being beaten and being locked in a dormitory during her time there:

"We'd be black and blue from this, the belt was so hard and it would mark you. It would go around your whole body".

When it came to meeting her grandmother, Angie told Ryan that she thinks all she wanted was to come and have a look at her, having been a child of rape: "She was ashamed... she had no time for my mum and no time for me then".

When Angie reached the age of 16 she met her mother in a Magdelene Laundry: "I didn't know I was going to meet my mother, we were just brought to this building and my mother never spoke. The woman was terrified."

When Angie left the Laundry, she asked who the woman was only to be told that that was her mother Mary, institutionalised by the Magdelene system. Angie's mother died at the age of 60.

Angie married David, the love of her life who died ten years ago. Living in Dun Laoghaire now, the 68-year-old was dealt another blow just four weeks ago when her daughter Evonne passed away.

"She was the kindest, gentle person that you could have and she suffered from depression."

She added: "And a lot of her depression was back from my days when I told my story to both of my daughters."

On tonight's First Dates Ireland, Angie meets 75-year-old Denis, a retired trucker from Drimnagh. Before her date, Angie tells viewers that she would love to fall in love again.

"I’d love to meet somebody. I would love to fall in love again. Make someone happy and someone to make me happy." 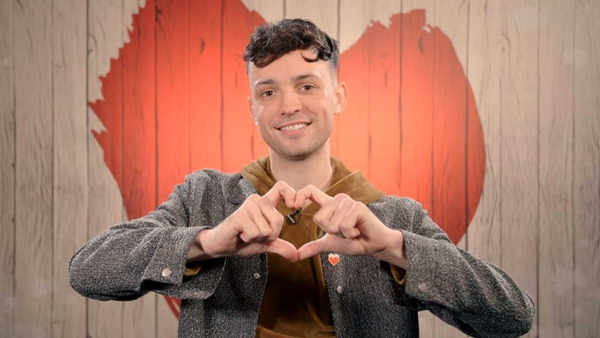