Richard Branson credits it with "driving a revolution". Al Gore counts himself a "big fan". Bill Gates calls it a "techno tour de force". But what is the new cryptocurrency phenomenon – and more importantly, how can it help you and your business to make and save money?

How it works
We’ll start with the basics. Cryptocurrencies such as Bitcoin, Dash, Ether and their ilk are electronic online currencies that exist solely in the digital world.

They can be used online, and increasingly in the real world, to buy and sell goods and services.

They are a relatively new, entirely decentralised phenomenon; the concept was first proposed just six weeks after Lehmann Brothers collapsed in 2008.

Central to their popularity is the idea that they don’t rely on traditional banks as intermediaries – an attractive prospect to those badly burned by the financial crash. This is a system based on ownership, not owing.

What’s all the fuss about?

"Control of a currency is one of the most powerful tools a government wields; ask anybody in Ireland, Portugal, Greece, or Cyprus who lived through those countries’ recent financial crises.

"Bitcoin promises to take at least some of that power away from governments and hand it to people." – Paul Vigna, markets columnist for the Wall Street Journal

We’ve all read the recent headlines about the $5 Bitcoin investment in 2010 being worth $4m in today’s money – almost enough to build a time machine to go back and invest everything but your grandmother’s wedding china. Cryptocurrency is big business, and it’s here to stay.

Cryptocurrencies are not backed by any countries, nor are they issued by any central authority. So while this brings with it a certain aura of risk, it also means there is an undeniable freedom to their potential applications that is unmatched by any other, more established, currencies in the world.

Is it safe?
Cryptocurrencies use cryptographic techniques – for example, time stamping for verification – to ensure their system is secure. All completed transactions are stored in a public ledger, within which the "coin" owners’ identities are encrypted.

Bitcoin, for example, calls this ledger a "blockchain". This blockchain acts as Bitcoin’s security: by recording every transaction, it prevents people from spending money more than once.

How can it help my business?
Imagine you run a small, artisan business in the west of Ireland. You’ve done your research and know that your high-end, locally produced product is sought after by consumers in Australia, but you – and your customer base – would find the traditional costs associated with these transactions to be prohibitive.

Cryptocurrencies are global by their very nature, so by adopting their use, you could expand your market far beyond its current reach.

Without the usual costs and inconvenience of delays associated with banks and third-party intermediaries, such as PayPal, the transaction is as direct and immediate as if the customer were standing in front of you and paying with cash. This removes the middle man, serving to empower both customer and seller.

As above, security is another strength of this type of currency. Loss of earnings due to fraud or theft is a huge danger for any business; credit card theft alone loses merchants an average of $190bn each year!

However, cryptocurrencies are protected by blockchains, and by the very immediacy of the peer-to-peer nature of the transactions for which they are used; there is far less associated risk of identity theft, for example.

Perhaps most importantly, as with any cutting-edge technology, adopting cryptocurrency early on will give you an advantage over competitors who continue to rely on traditional financial methods.

Giants and market leaders like Tesla, Virgin Galactic and the Apple App Store are already leading the way by accepting cryptocurrency as payment.

It isn’t going anywhere – so if you haven’t seen it on offer in your field already, now is your chance to give your business the edge!

Quick – bring me back to earth!
Of course, it’s not all sunshine and buttercups – and there are plenty of voices out there warning that what goes up must come down.

Dig into cryptocurrencies at all, and you’ll find comparisons to the Dutch tulip mania of the 17th century, and the phrase, "it never goes down – until it does". There are some safeguards you can practise:

-  Only invest what you can conceivably afford to lose.

So, there you have it: cryptocurrencies in a nutshell. Sound as a pound? Well… watch this space! 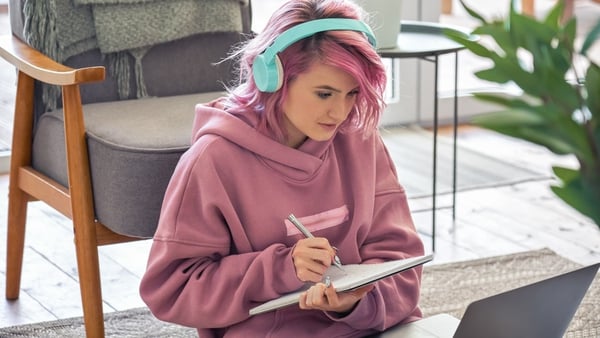